yes folks you heard right we are off to camp bestival

and yes that means i am camping! eeeeek

THE GREATEST TENT ON EARTH! 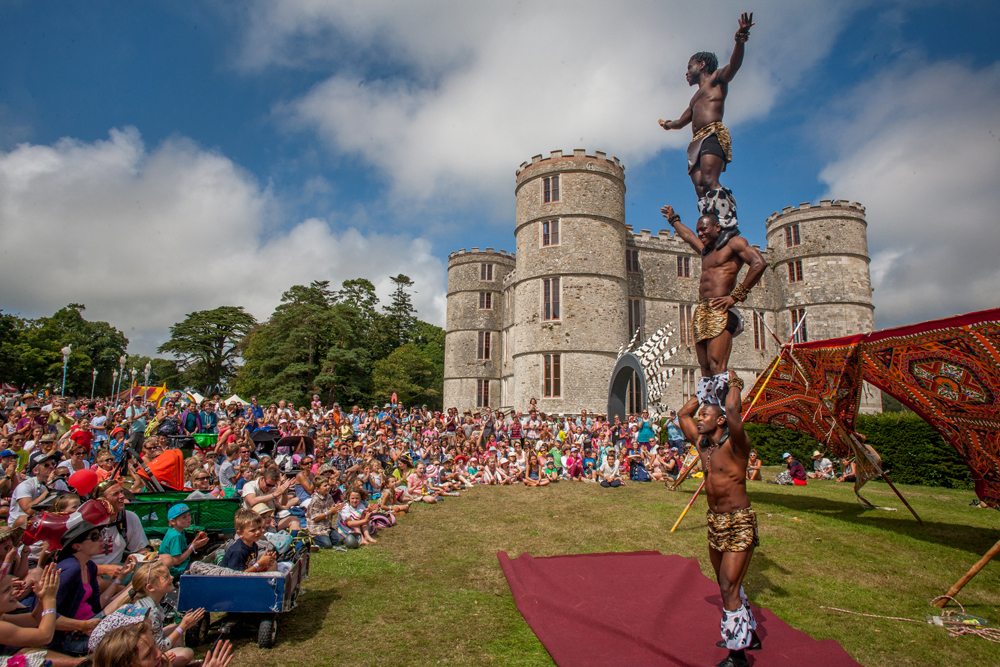 Welcome to the greatest family show on earth! With our acrobatically astounding Circus theme already announced we have a veritable wealth of incredible treats for your delectation this coming July 31st to August 3rd guaranteeing you a festi-holiday experience like no other at a castle camp site by the sea. Announcing our Friday and Sunday headliners, the first live acts and DJs, family fun and circus entertainment galore, our seventh Camp Bestival is set to dazzle and delight!

Camp Bestival Ringmaster Rob da Bank says: “I know the Camp Bestival family have been on tenterhooks about our first announcement, so ladies and gents roll up roll up to the Camp Bestival Circus and come inside…or should that be outside! I always pay close attention to the Camp Besti forum and social media to see what people want, so I’ve followed orders and booked two of your most requested acts, and coincidentally, two of my favourite bands ever, JAMES and BASEMENT JAXX. Two huge internationally renowned acts with huge back catalogues who are going to slay the crowd at Camp Bestival, topping a line-up boasting the best fun for kids, a brand new area for teens and so much more… hope to see you in July… and August!”

Everybody knows that we love a bit of a dance down Lulworth Castle way, so we are overjoyed to announce that dynamic dance duo Basement Jaxx will be our Sunday night headliners. Getting the crowd whipped up for a firework finale, Felix Buxton and Simon Ratcliffe have a plethora of globally tested dancefloor smashers and an incendiary live show that are going to bring untold joy to all at the Castle Stage on Sunday evening, so don’t miss out.

Basement Jaxx may be wrapping things up, but the job of getting the party well and truly started falls to indie giants, James! A perennially requested act by the Camp Besti faithful, the man like da Bank has only gone and landed the magnificent Manchester dons and we couldn’t be more excited! With a sing-along catalogue that’s the envy of the entire pop world, James will effortlessly have you bellowing choruses from Sit Down and Come Home to Born of Frustration, She’s A Star and beyond! This one has legendary headline performance written all over it.

Commenting on their headline slot, James’ guitarist-violinist-percussionist Saul Davies said: “We’ve not done Camp Bestival before but it has a great reputation so we’re well up for this show. I’m sure it will be one of the highlights of the summer for us. One to bring the kids to…and maybe even leave at!” 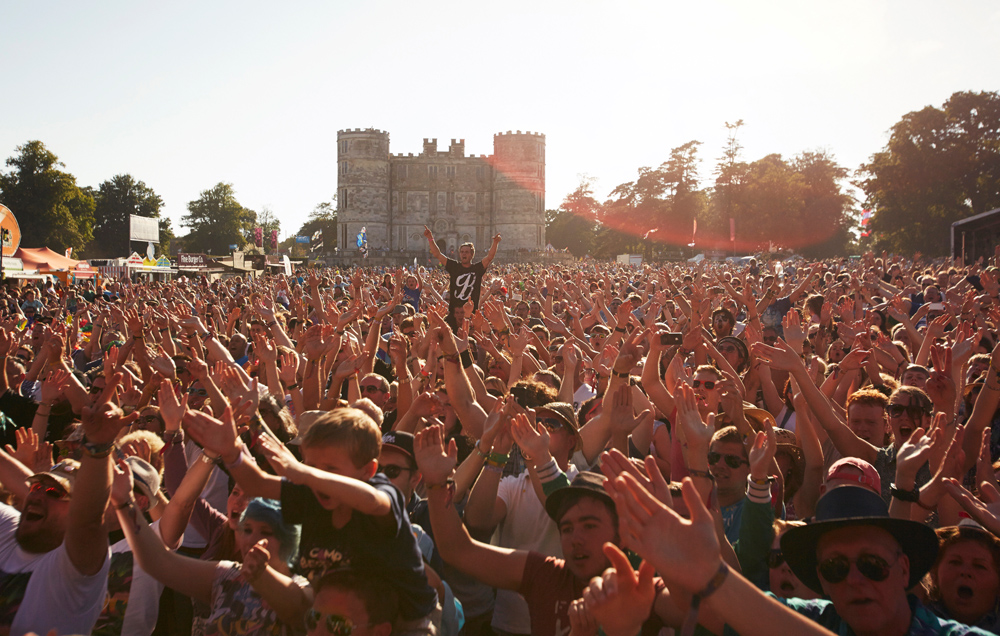 We’ll also have DJ action from the majestic Boy George with partner in crime and VG Records co-founder Marc Vedo, the incredible Totally Enormous Extinct Dinosaurs and lord of reggae David Rodigan MBE, who will present Ram Jam. Plus, throwing it down on the platters that matter will be Awesome Tapes From Africa, our very own Rob da Bank, The Shellac Collective, Coley from Luv*Jam and hours of late night fun at the Silent Disco. And there are plenty more DJs coming your way, sowatch this space!

As ever, for our Lulworth Castle jamboree, that’s not nearly the half of it! The Camp Bestival roustabouts have spent many a month scouring the globe for the very best in family fun, gathering a host of spectaculars and shows guaranteed to enchant every single one of you. So, we’re delighted to say that Horrible Histories is back by extraordinarily popular demand performing their new show, Barmy Britain: Part II! A grisly spectacle reviving a whole host of ghastly characters, so you can enjoy a horrible history of Britain with all the nasty bits left in! And, of course, the utterly legendary Mr Tumble will beclowning his way to the Castle Stage once again causing unrivalled excitement amongst Camp Bestival’s discerning tots. 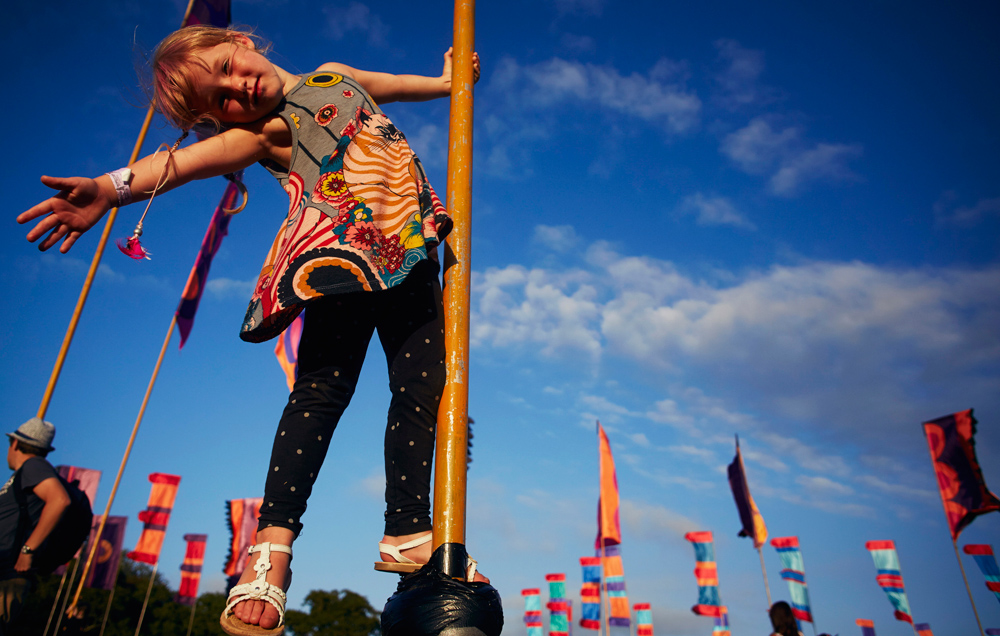 Helping to celebrate a phenomenal 50 years of Roald Dahl’s best-loved tale in 2014, we are hosting a Charlie and the Chocolate Factory 50th Birthday Takeover on Saturday, with a whipple-scrumptious selection of exclusive treats, including a super pop-up exhibition, a Charlie Craftathon and lively storytelling sessions courtesy of the Roald Dahl Museum. There’s also a Bedtime-Story special, with Jo Whiley, Howard Marks and our very own Rob da Bank reading the ENTIRE book over the three evenings of the festival. And Lucy Mangan will be talking about her new book ‘Inside Charlie’s Chocolate Factory’.

And, don’t miss our favourite elf and fairy duo Ben and Holly, hostingthe main stagewith, for the first time ever, the actual voiceover actors from the television series, Preston Nyman and Sian Taylor, providing LIVE voices for these life-size characters. Plus we will have a wild and interactive journey of snakes, sharks, elephants and whales with Michaela Strachan’s Really Wild Adventures, our most-beloved circus troupe The Insect Circus, who have a brand new show called Grand Tour, Camp Bestival favourites Kawa Circus spreading their happiness and joyand our friends at the Royal Albert Hall who are returning with Albert’s Band for an exciting Circus themed orchestral extravaganza.

And we’re still not finished! Ladies and gentleman, boys and girls, to celebrate our Circus theme in glorious Camp Bestival style, we’d like you to put your hands together please… to welcome our wondrously fabulous new venue, The Greatest Tent on Earth! Beneath its canopy you will witness jaw-dropping circus shows, astonishing extravaganzas, tremendous theatre performances and delightful characters galore.

As well as The Greatest Tent On Earth, we’re keeping you on your toes adding even more ace new areas and attractions to this year’s Camp Bestival, so keep an eye out for news of The Feast Collective, Caravanserai, Oberon’s Observatory, TeenArena and Travelling Barn coming soon!And there’s still plenty more action to come including our Saturday headliner and festi-holiday frolics aplenty, so make sure you get the inside track on our website and our Facebook and Twitter. 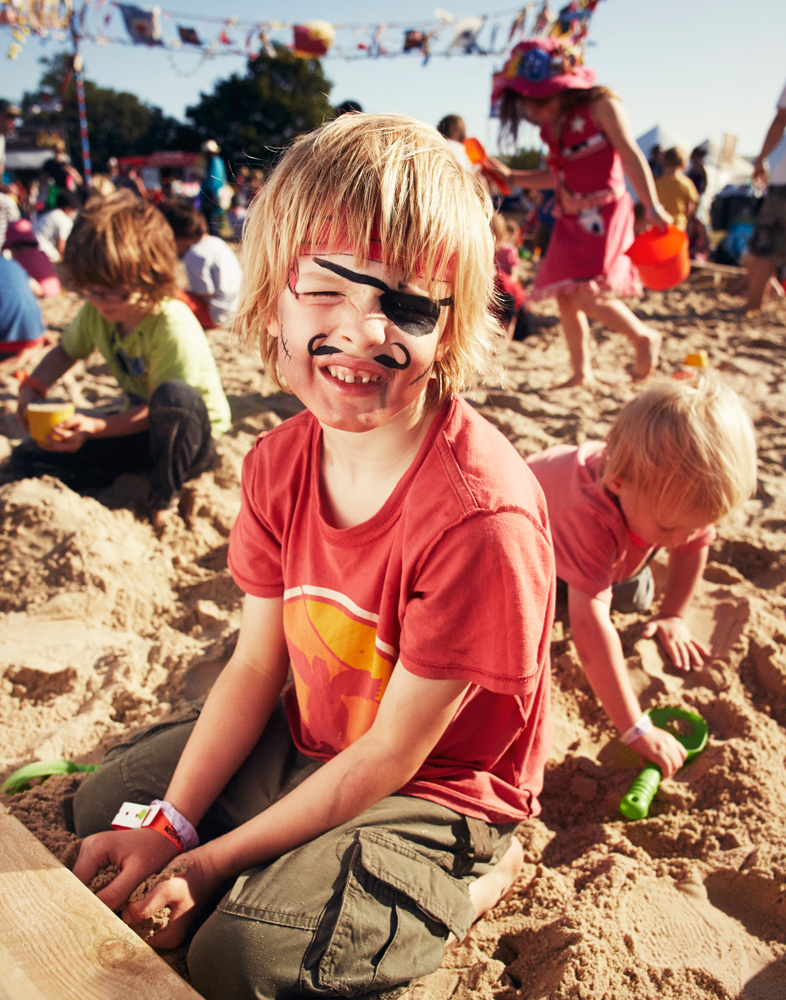