this evening i came home from work, via driving to school for pick up, err it’s the school holidays… doh! he he. well i could hear this odd noise from outside our bathroom window. Mr HPMcQ heard it from the kitchen too. we both peered out and to our surprise there they were. three little birds. up in the pear tree, in ye olde london town. three bright green parakeets. would you believe it! i grabbed my phone but only managed to get a quick shot of one of them. not the best of shots i’m afraid, but there he is, right there at the top. that pear tree must be a feast for their eyes.

i then i was sent a link from a twitter buddy and i read on-line, that we do indeed live in a bit of a hot spot area for them! there is also a rumour that they had originally been bought by jimi hendrix in the 60’s, and that they escaped during the making of a film on carnaby street in central london. i quite like that rumour, and that these little feathery friends a partaking in a spot of cross town traffic. 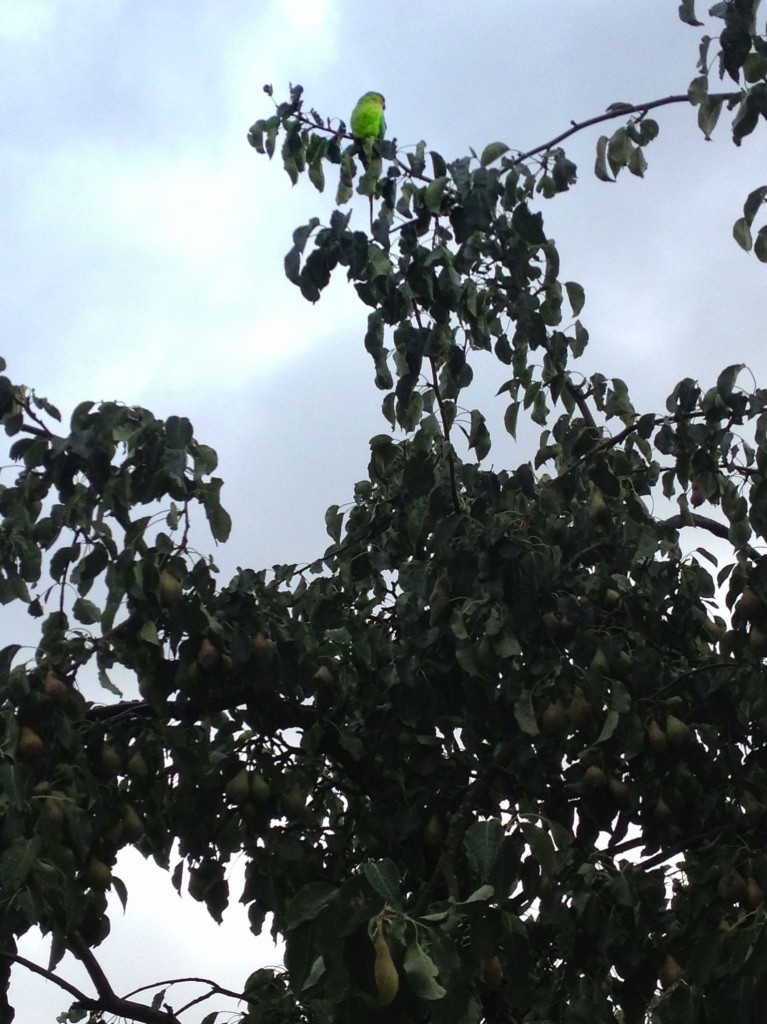