each year in sunny dulwich, a little festival is thrown. based in various locations throughout dulwich, it’s a big mix of art, creativity, music, open houses, charity, discussions and a family fair thrown in right in the middle. it runs for 9 days and the whole community is asked to join in the fun.

right in the middle of dulwich is the world-famous, dulwich picture gallery. it was founded in 1811 when Sir Francis Bourgeois RA bequeathed his collection of old masters “for the inspection of the public”, and was england’s first public art gallery. so art has always been very much at the core of the community, and very much celebrated in the festivals.

this year however a remarkable project which is running in line with the festivities called “baroque the streets” will change the streets of dulwich into an outdoor art musuem. in collaboration with street art london, and small group of street artists from all over the world have been selected to work on specially commissioned walls all over the area, each and every one inspired by a different painting or artist represented in the picture gallery.

alongside the creation of this open air gallery, a house “the art house”, which was in line to be demolished, has been generously postponed by a local company called lightbox, so that the street artists can turn it into a giant collaborative installation for the duration of the festival.

the walls will be painted throughout the first half of may and the dulwich festival will run from 10-19th may.

the art house will open with a launch party on the 17th at 8pm at 265 lordship lane. it will then be open for the rest of the weekend from 11am-6pm in conjuntion with the artists’ open house.

today i was lucky enough to stumble across remi rough and system, working on a masterpiece of their own, just outside east dulwich train station. their piece is a modern interpretation of rembrandts, girl in the window. when i pulled over for a chat it was a little short of 11am. they had started the day before at around 5 in the evening and were hoping to finish at 4 today. i didn’t keep them long as they looked very focused in what they were doing, and they didn’t mind at all when i asked if i could take a snap for my blog. so here it is the men at work. it was a privilege to watch them at work. 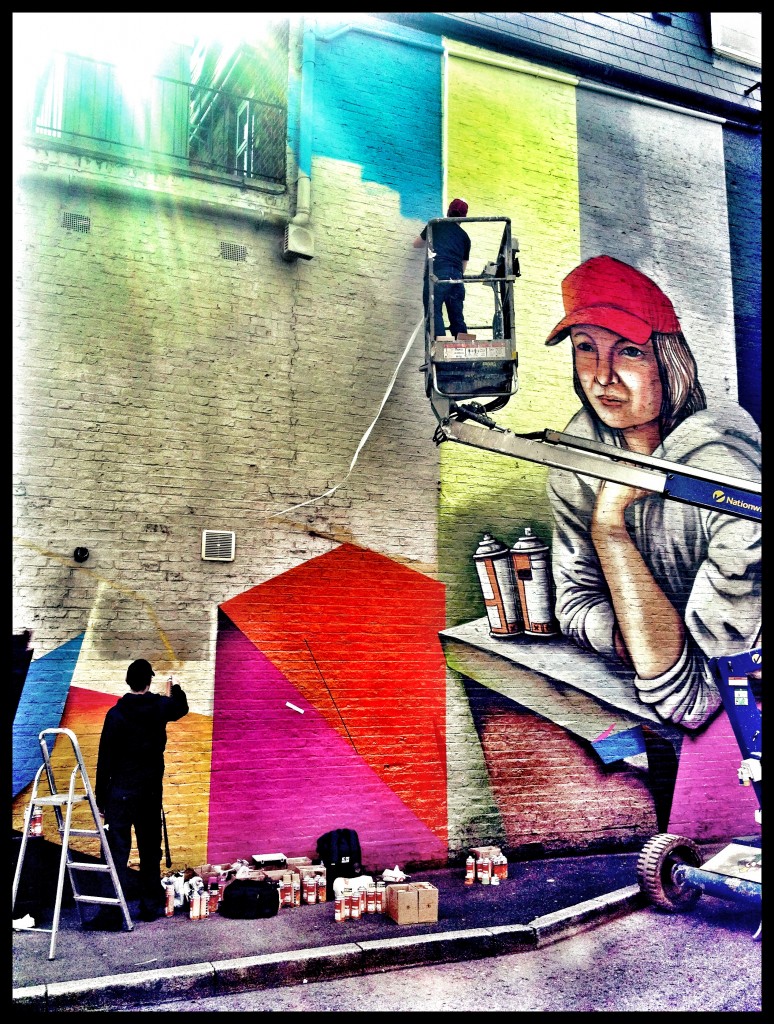 at 11am, system bottom left, remi rough up high on the cherry picker 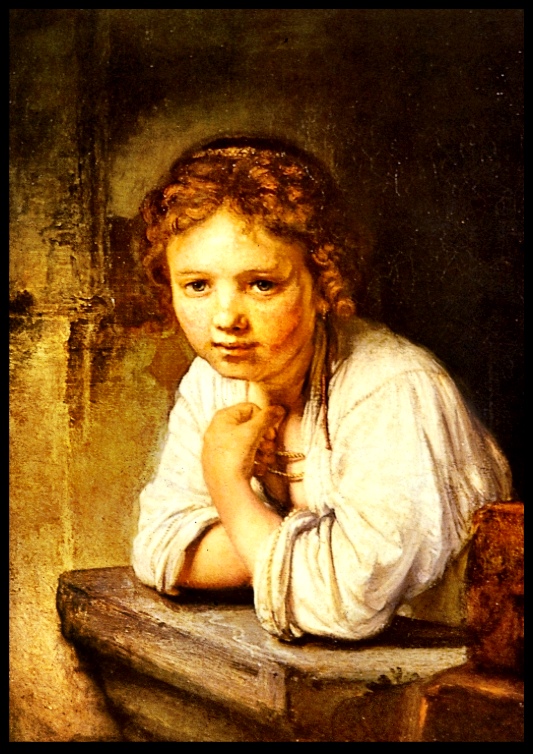 rembrant – a girl at a window