at the end of september ronnie turned 4, and for his landmark birthday into big school (shhhh it’s pre-school but he thinks it’s big school) we bought him is first big bike. an isla bike.

it had been highly recommended to us by a friend. he loved it and was squealing when he saw it, but then wasn’t so excited about riding it, as it only had two wheels and it made him wobble a lot. he gave it a go, and we encouraged him to keep trying and practising.  we coached him on it and helped him try to get his balance whilst pedaling, but no joy. we tried to do it with the no stabiliser way, which is what’s suggested but rooster wasn’t so keen, and often would just not want the bike and just wanted his scooter instead.

so grabbing the next dry saturday that came along with no plans, we put the stabilisers on and headed to the park. ronnie was over the moon, now he really loved his bike. who cares the stabilisers are on, the most important thing is that he is on the bike, loving it and whooshing round the park like a mean machine! 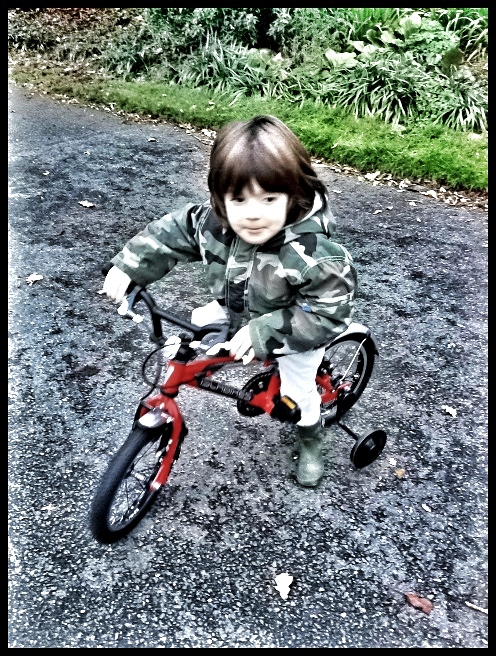