our loft is full to bursting point. we have too much stuff. my stuff, mr HPMcQ’s stuff and a truck load of rocket ronnie stuff. ronnie is now 4 1/2 and in 4 1/2 years you can accumulate a hell of a lot of baby stuff, followed by toddler stuff and then shortly followed by small child stuff.

recently ronnie moved up into a big boy bed, and this then sparked a revolution, a lets clear out the loft revolution! i mean let’s face it, ronnie isn’t going to be getting a brother or a sister, or even that dog he keeps asking for when he doesn’t get the answer he wants after “can i have a brother mummy”. it all started with the new bed. with a new bed we needed to get shot of the old bed, and with the old bed went the dresser with the changer top. nappies have long been gone, hurrah! then with those out went the tall boy too. they were listed, they were sold and then they were gone.

and so there we have it, finally the HPMcQ’s are clearing out the loft.

at the same time, i have a handful of friends whom are all expecting little ones eminently, and they have put in their requests for bits and bobs as we sort through. yesterday i sorted through all the white baby grows. i love a white baby grow. it’s the perfect outfit for a baby. all the variations. sleeveless bodysuits, short-sleeved bodysuits, long-sleeved bodysuits, and then the original onesie, the full on sleepsuit. all in white. no other jazz and nonsense, just white. blooming gorgeous.

we seem to have a rather lot of them, hard to believe we have just the one child really. i spent a while sorting through into age groups and in to style, ready to pack up for the next little bubba in town. i couldn’t resist however to keep a couple back for old times sake. i know, i know. but aren’t they the cutest. 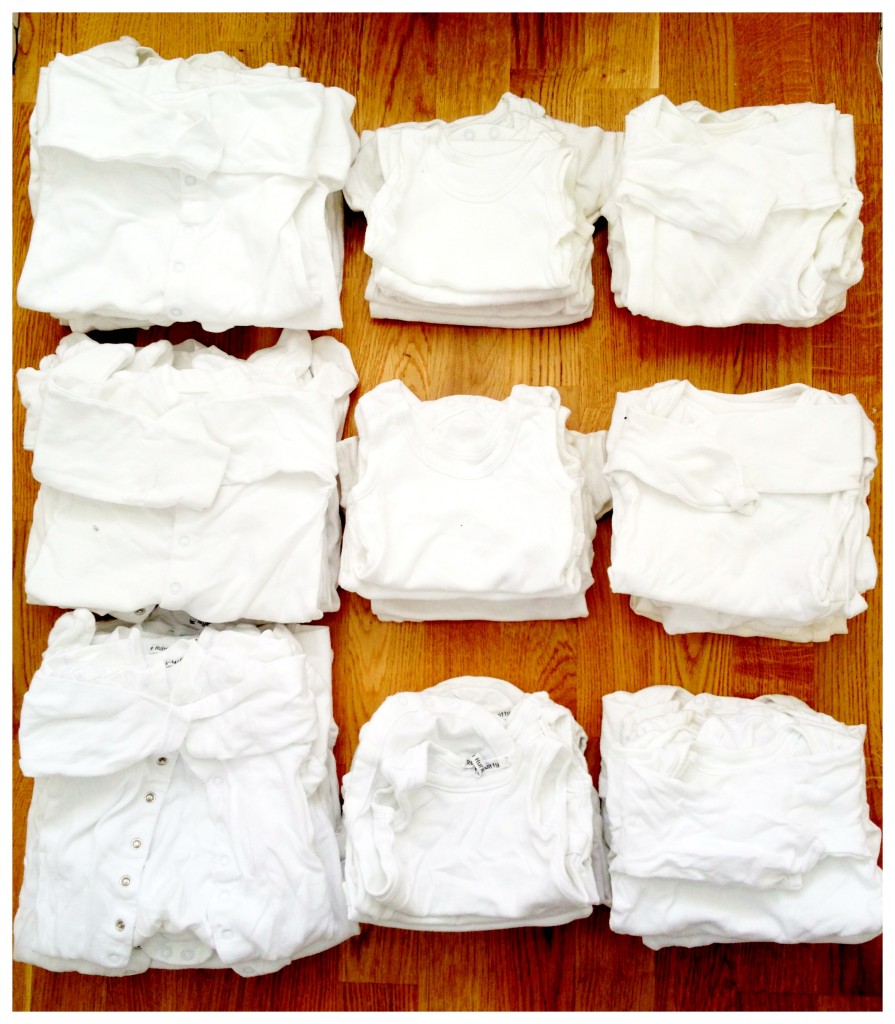 so if that wasn’t “having a moment” enough, i then stumbled across something that at first made smile and then made me cry. something most definitely for the keep drawer. monkey’s arm band. the one before he was ronnie. the one that just stated facts. baby boy of HPMcQ. DOB 23.09.08 @ 21.55 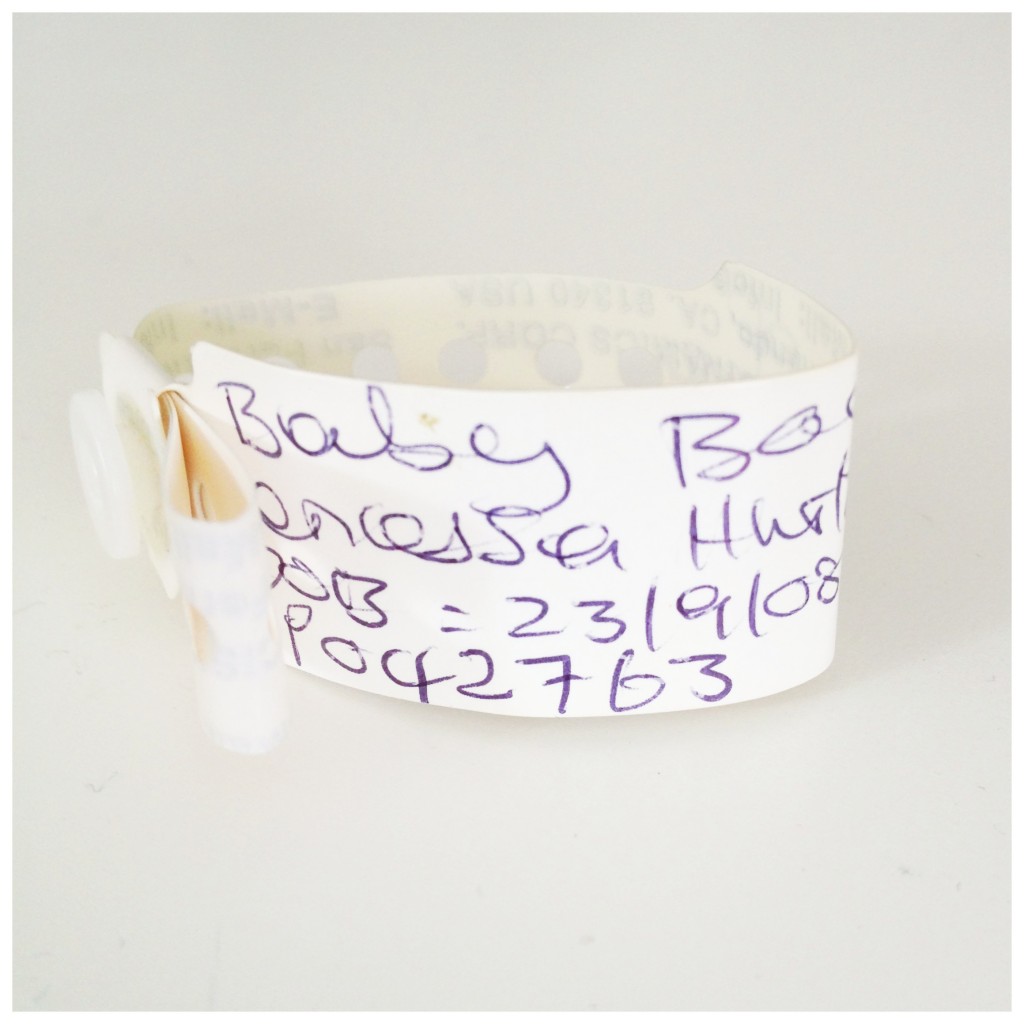