so last weekend was pretty much a write off. so this week was about getting us all back on track and out and about to enjoy the spring time that is clearly blooming all around us. after the cabin fever induced weekend of last, it’s been absolute joy to be out and about in the cold sunny spring air

we were heading to the yayoi kusama exhibition. japans best known living artist. born in 1929, much of kusama’s art is abstract, often deliberate exoticism and mostly hallucinatory with dense patterns of polka dots, a reflection of the of her experimental attitude towards the use of drugs, sexuality and mysticism. in the 60’s and 70’s she was major player in the new york avant-garde set and exhibited alongside contemporaries such as andy warhol, and was associated with many pop, minimalism and performance genres

infinity mirrored room – filled with the brilliance of life

in 1973 she returned to japan, but her naked shenanigans and success of her time in new york were not so well received in the conservative land of tokyo. in this conservative environment she could only set herself up as an art dealer. the business folded after a couple of years and by 1977, her physical and psychological state of mind led her to voluntarily admit herself into a psychiatric hospital, which has remained her home to this present day 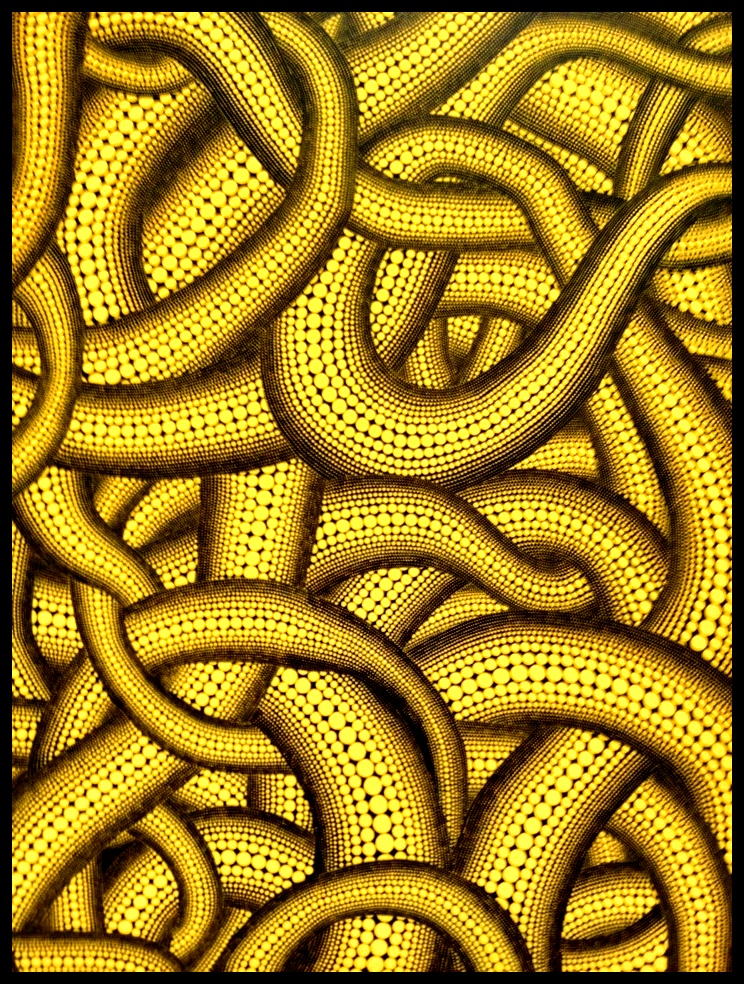 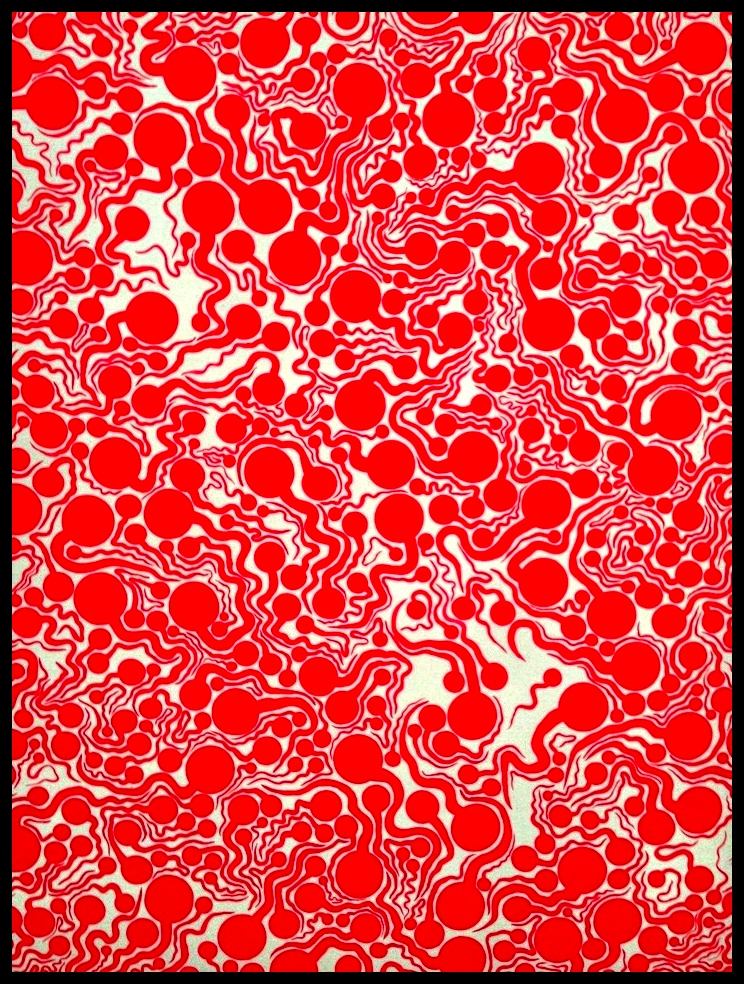 down on the 1st floor you can join in with kusama’s self obliteration, in the obliteration room. an art collaboration, where as you enter, you are handed a sheet of stickers to do with as you please, in a white room full of white things. each and every day a photo is taken of the room so that you can see how the installation develops as all the visitors come and go 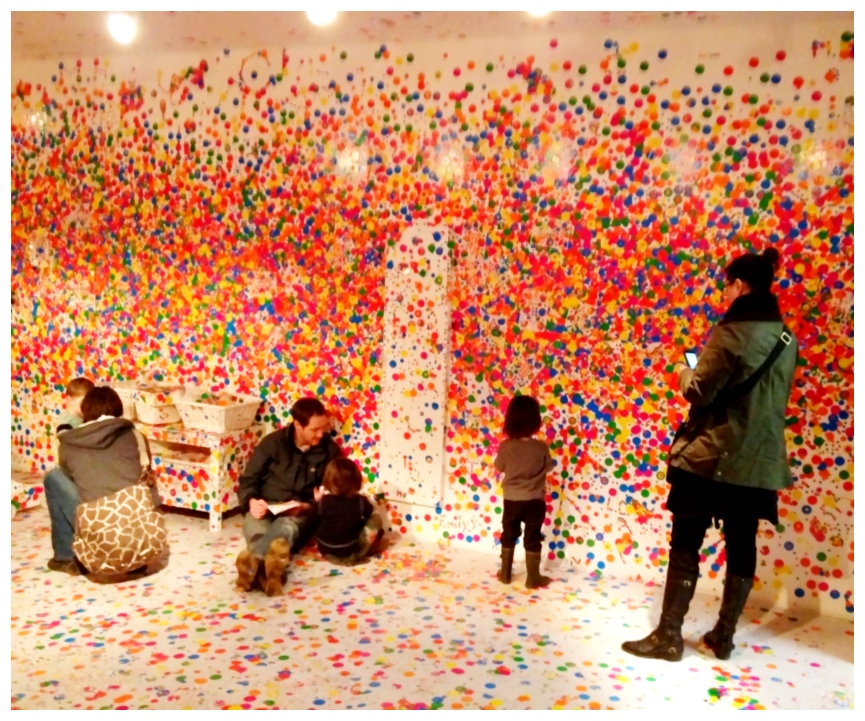 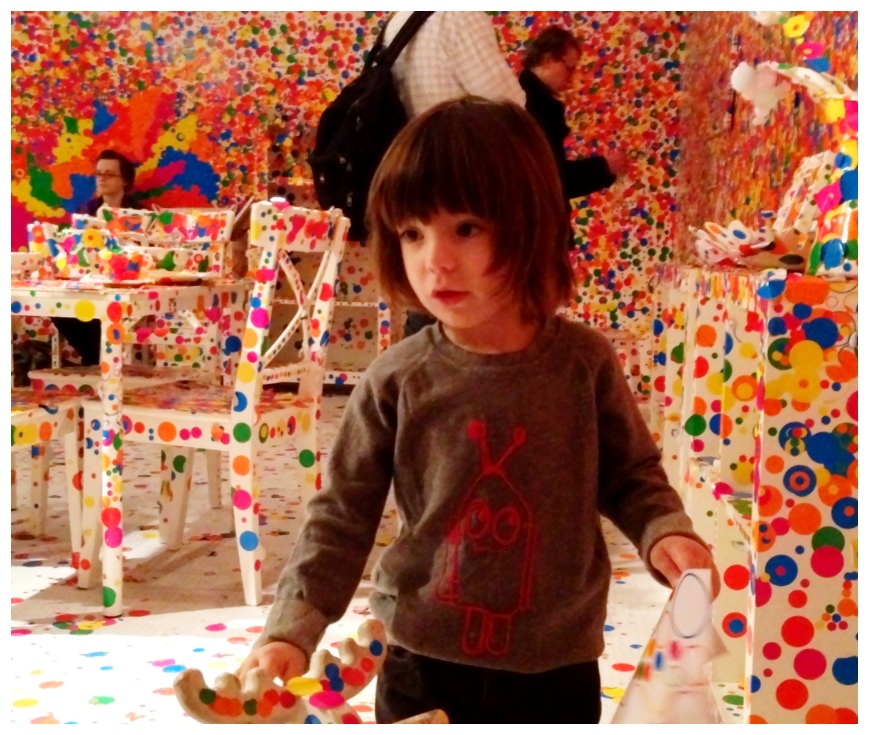 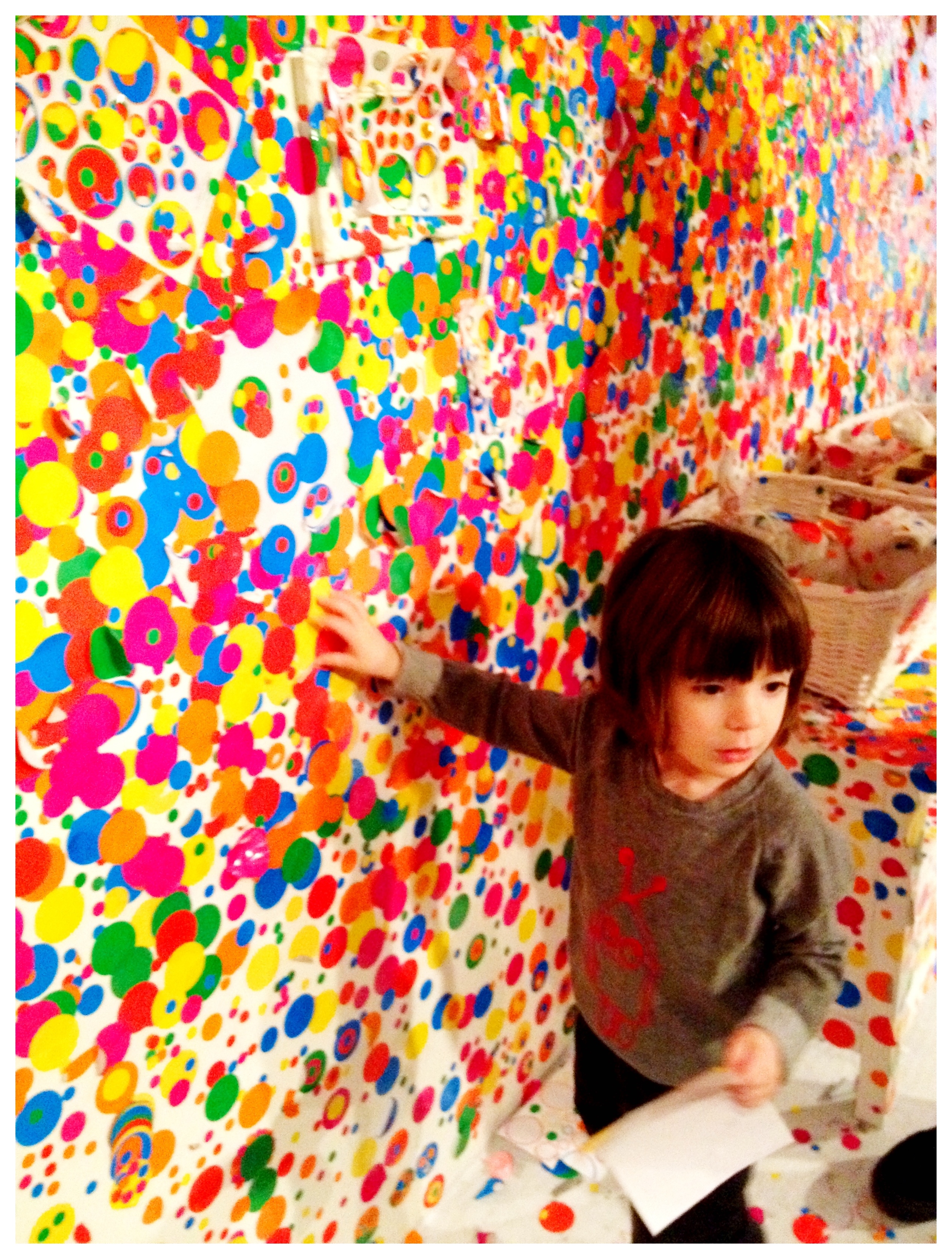 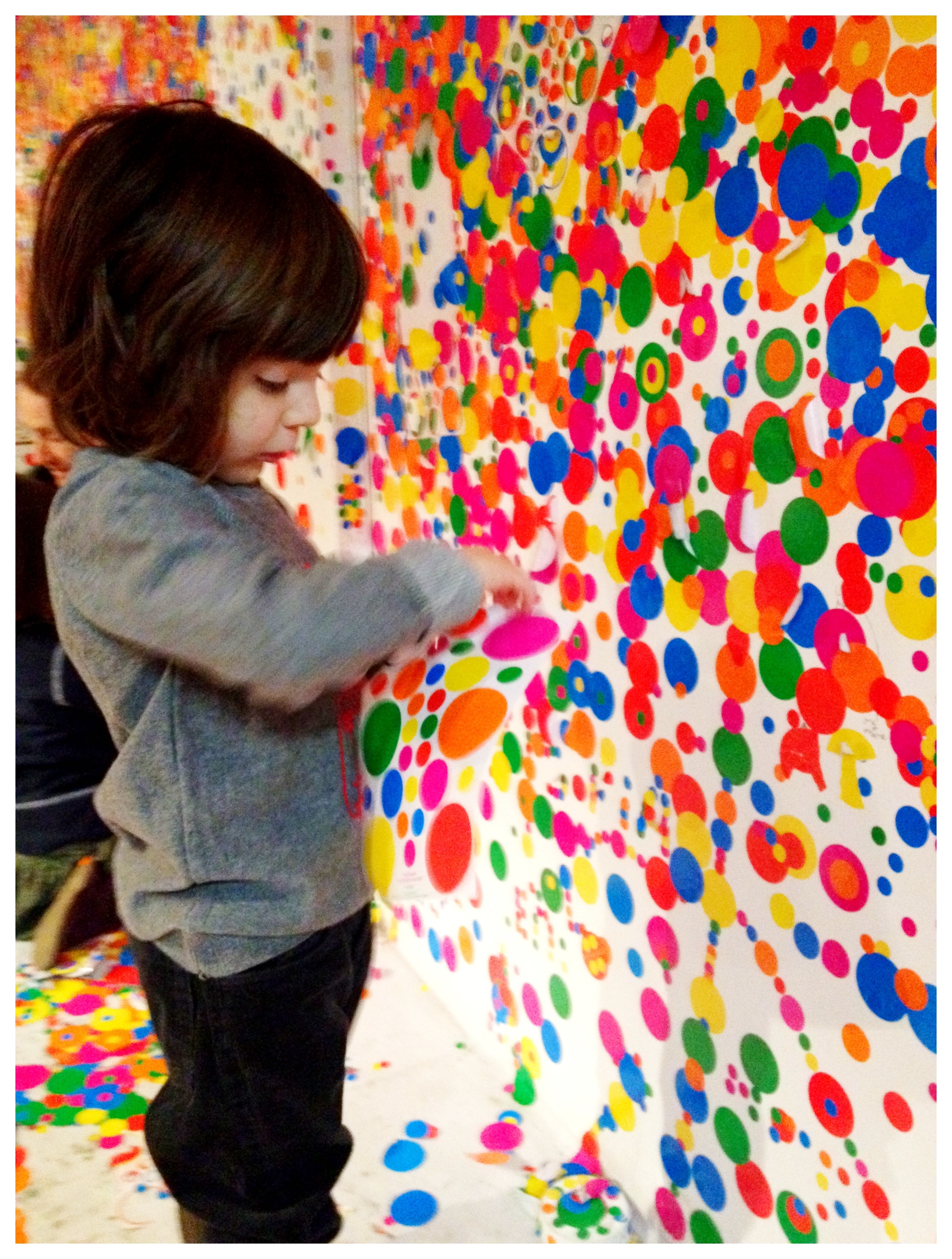 after a pot of tea and a bacon sarnie in the cafe we were ready for a stroll. we meandered outside, and as i looked up at the tate modern building, never before had i really noticed the similarities to the william booth college, of which i spoke about earlier in the week. what a magnificent building it is. a power house of a building 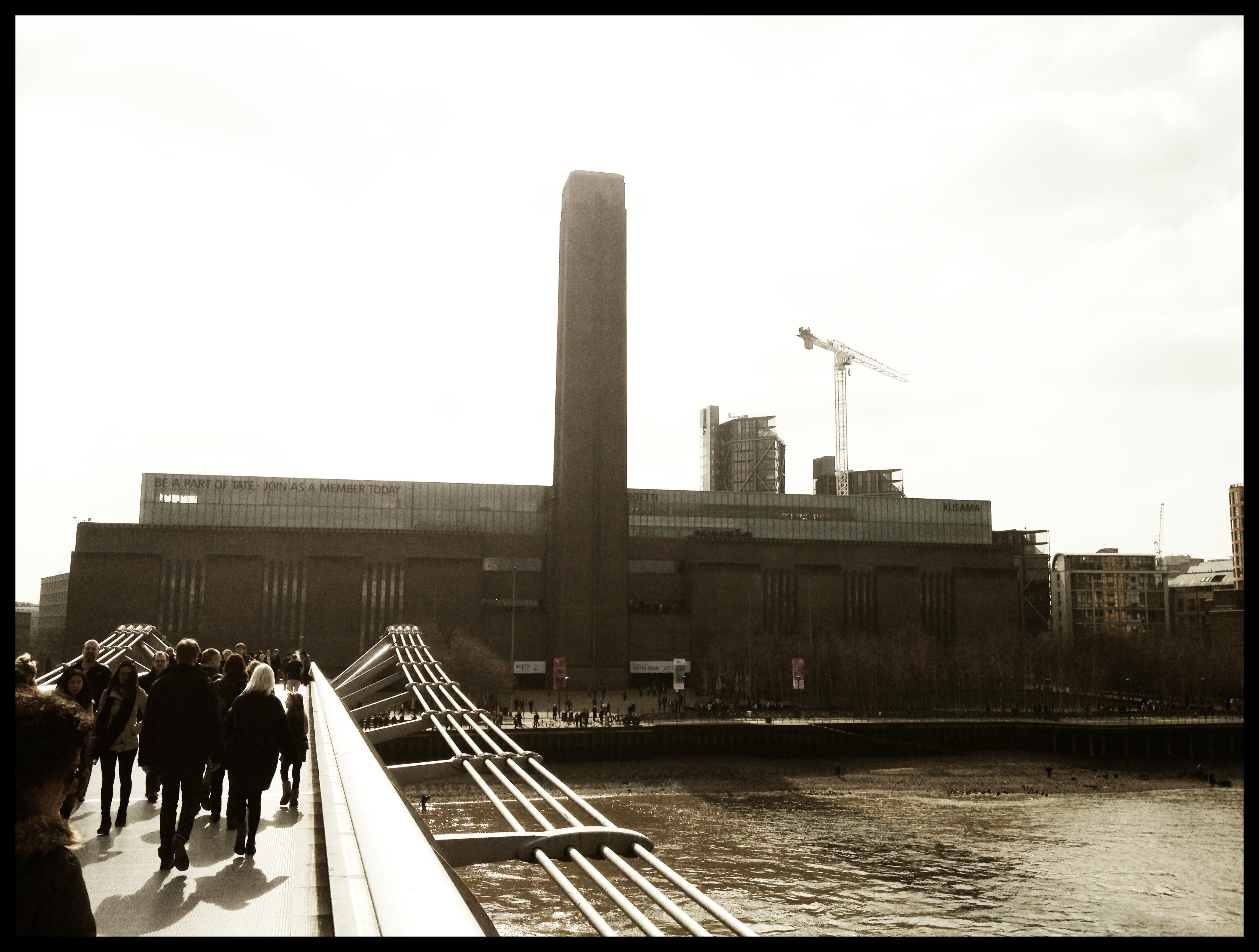 wandering and scooting along, we of course came across the thames. what i hadn’t expected to see, was a man on an electric guitar strumming away whilst in a wet suit and waders in the thames. very amusing. it even drew the attention of the river police which zoomed in, lights and sirens blaring, hovered about for a moment or two and then soon realised it was all harmless and then limped embarrassingly backwards to the cheer of the growing crowd on the bank side 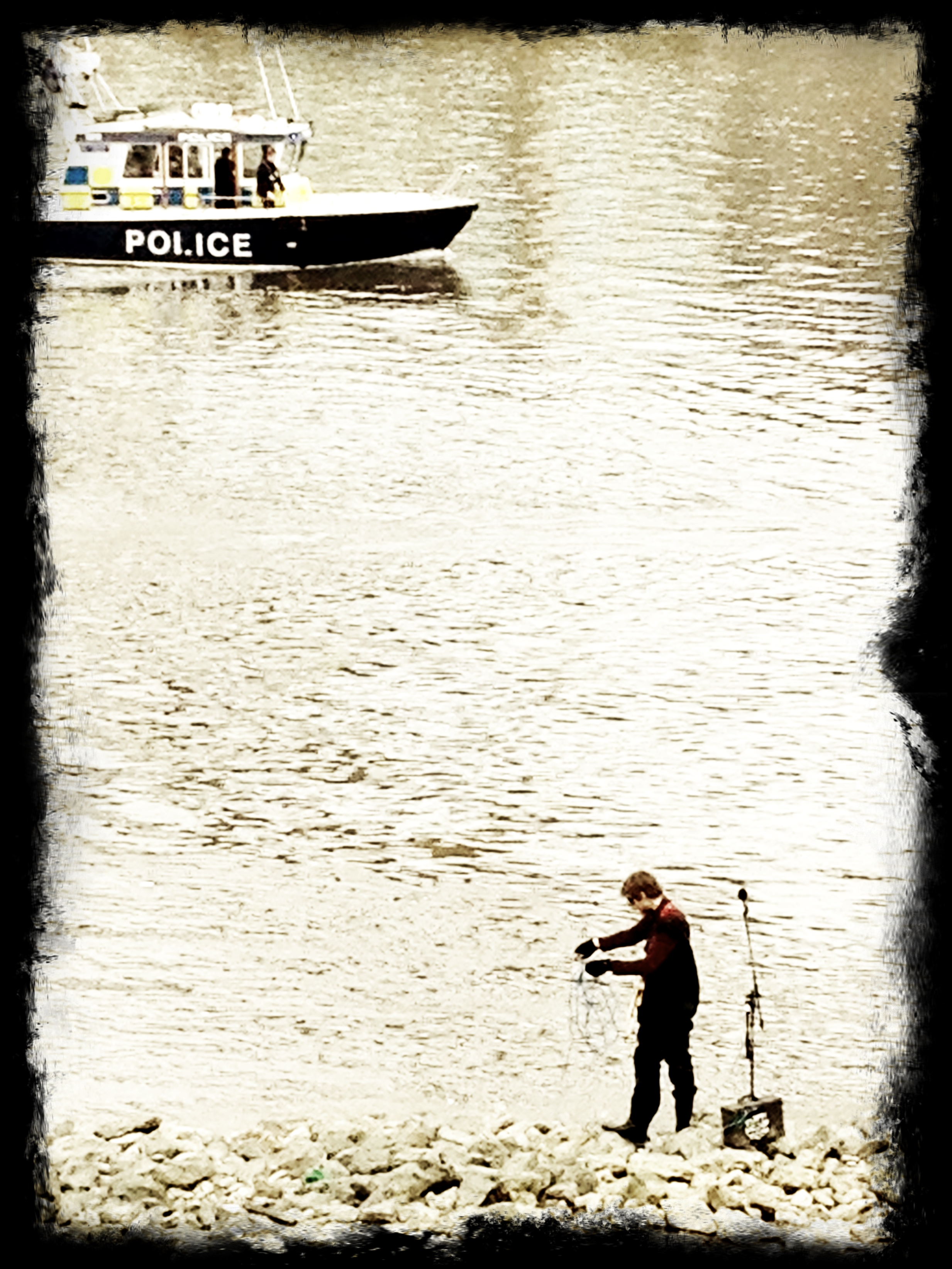 the sun was out and bank side looked glorious, st paul’s stood proudly in the distance over the millennium bridge 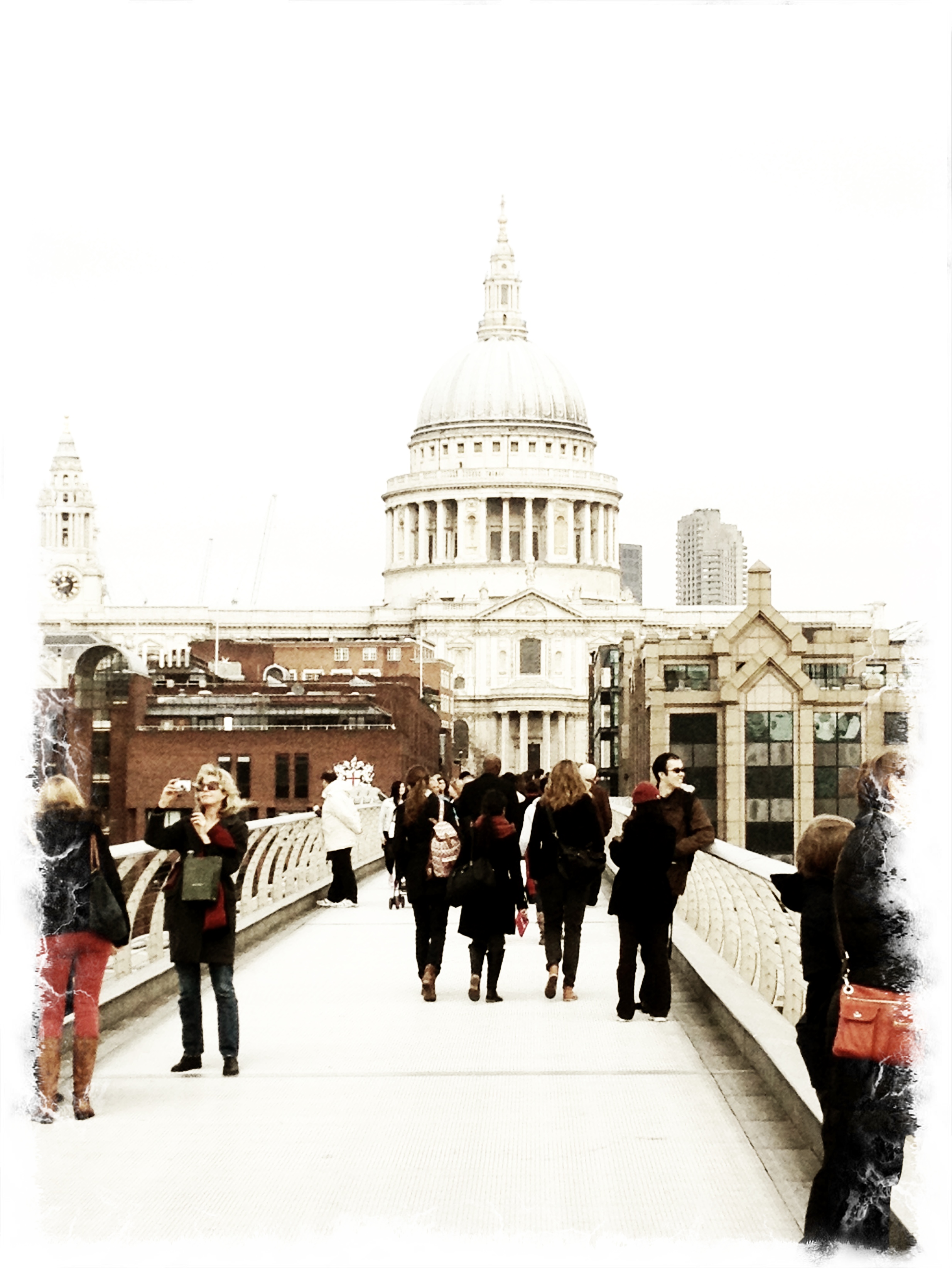 a headless man loitered at the steps of the bridge, of course 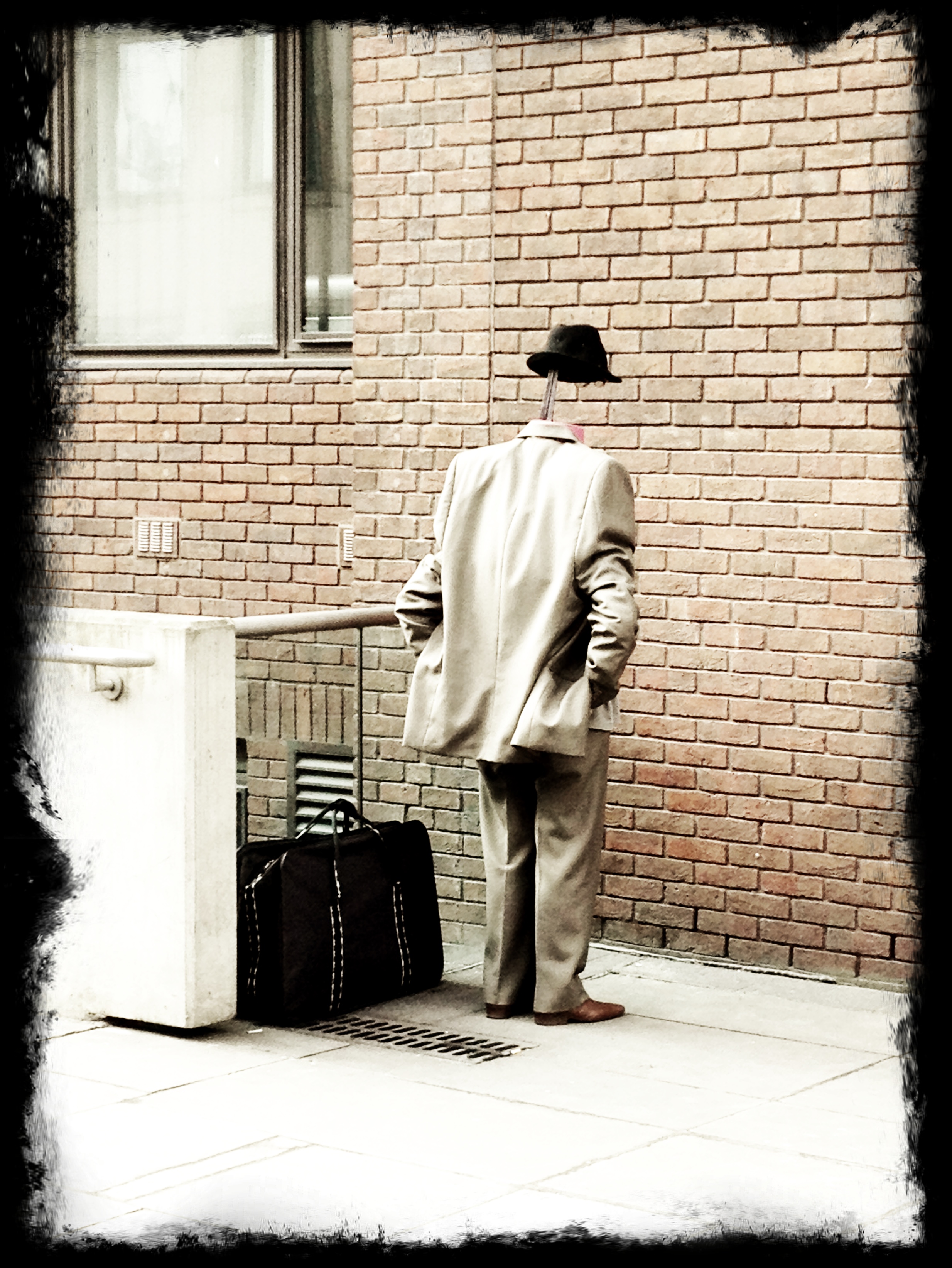 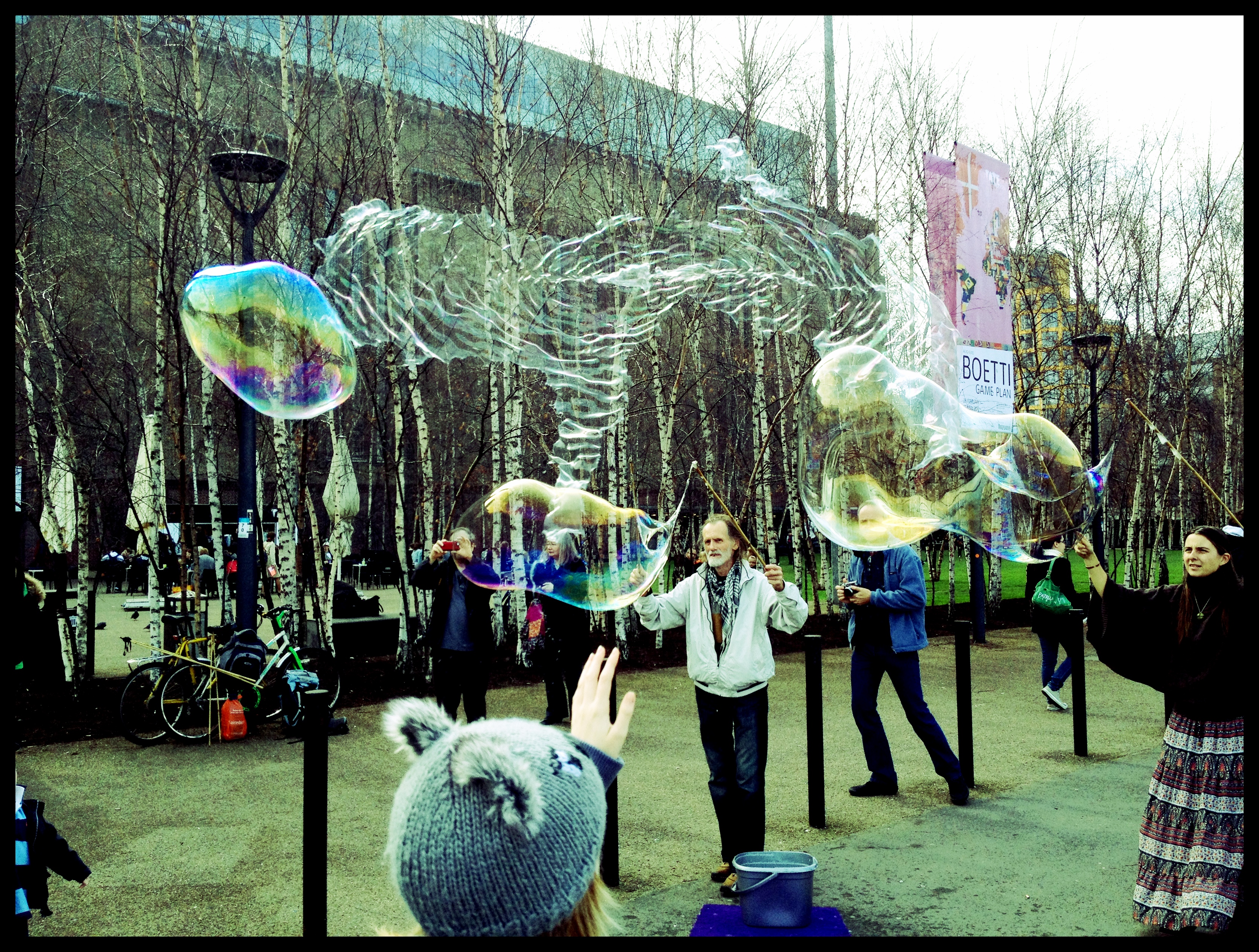 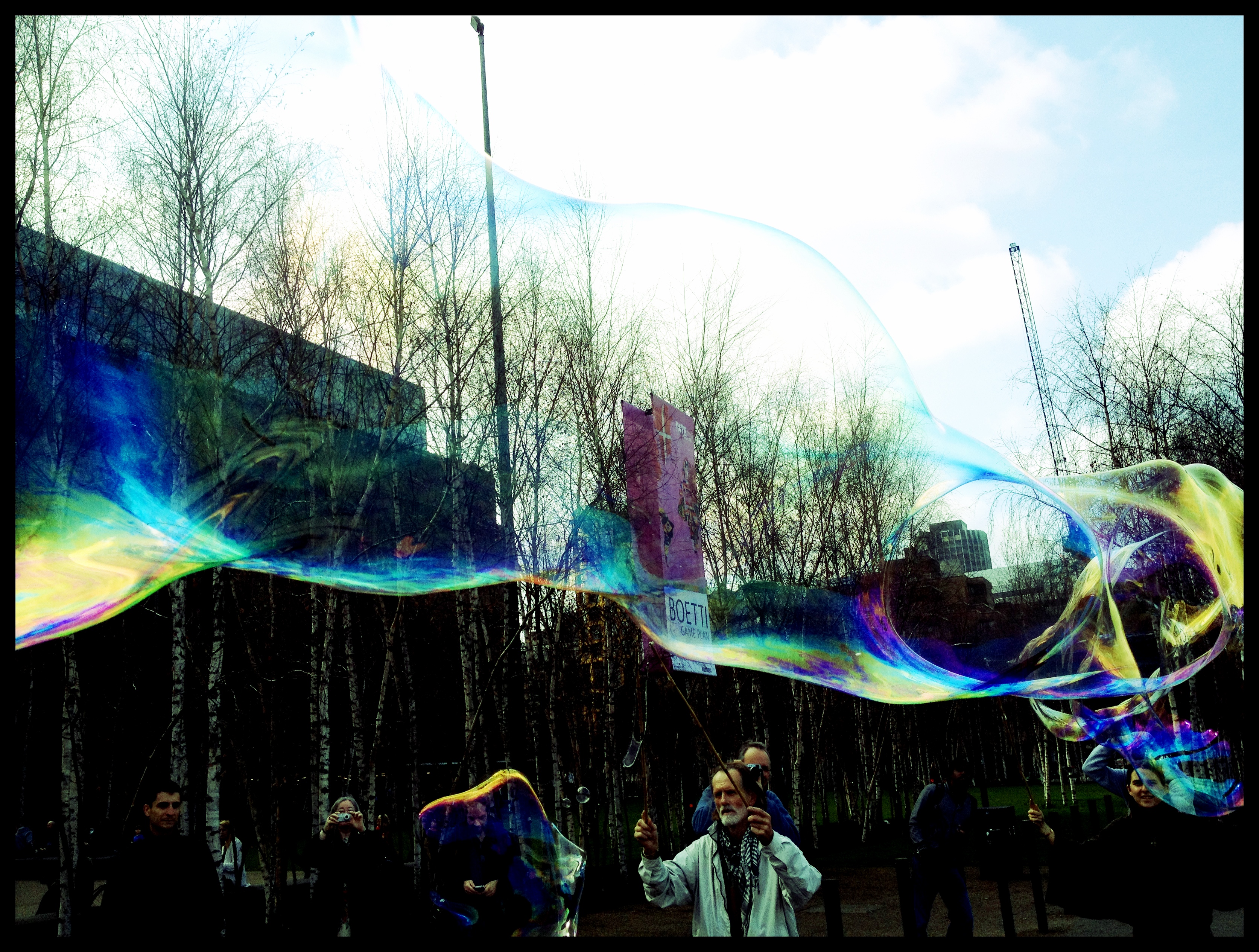 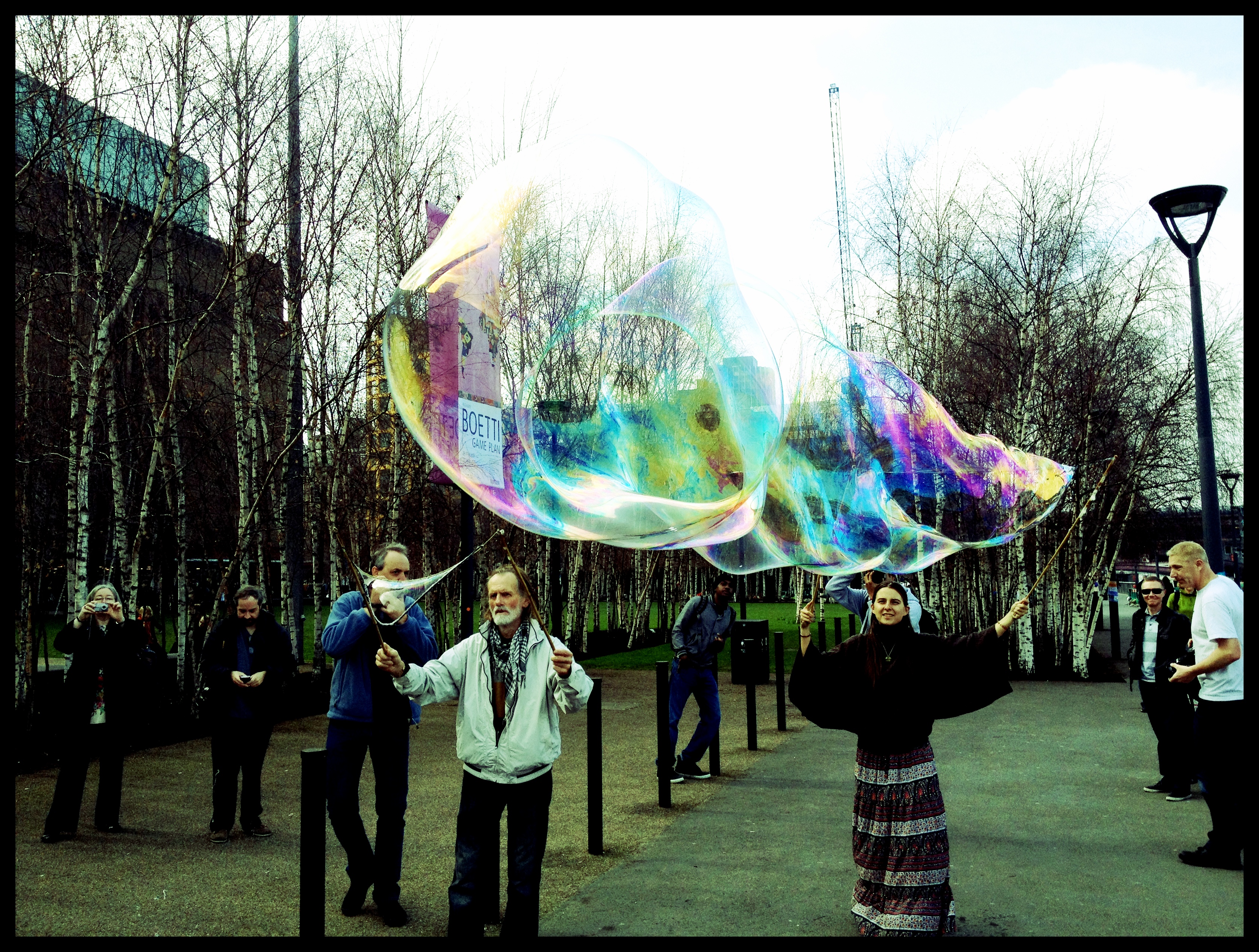 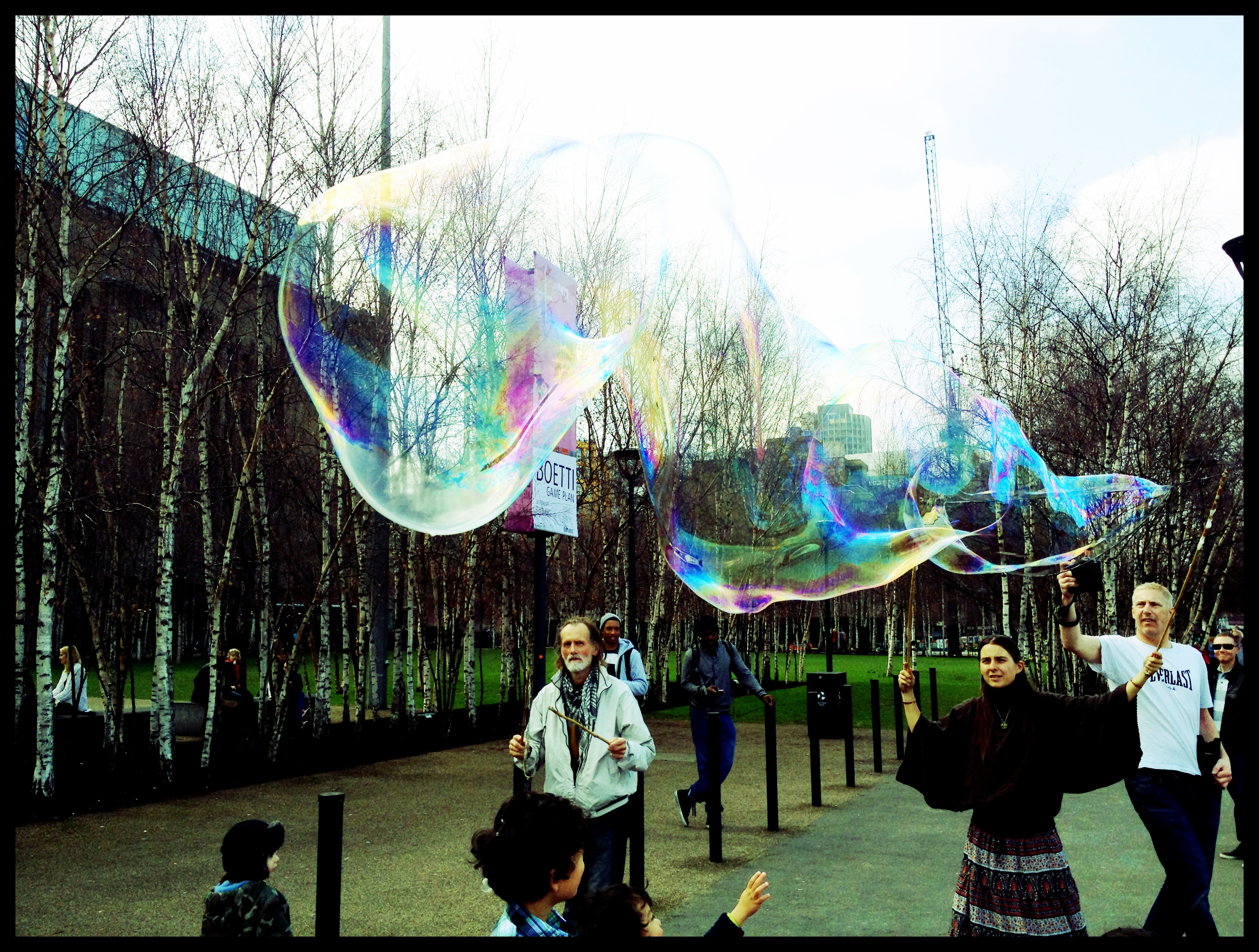 what a super start to the day