we live in london. close enough to town to potter in when we fancy, and far enough not to be in the hustle and bustle of a busy city.

the plan today had been to go to the seaside. early morning start, pack the car and off. however the sky didn’t look like it was playing ball when we woke, so we rolled over and went back to sleep for a bit. zzzzzz

low and behold the sky had fooled us, and by the time we were being forced out of bed by ronnie rockstar, you could see the sun was trying it’s very best in pushing through the grey. breakfast, shower, dressed. change of plan, not the seaside but the riverside, a stroll along the southbank would do us just fine.

as ronnie is getting bigger, faster, stronger and nimbler, he is desperate to start giving his skate board a go. he has a scooter, which he whips around on at great speed, but the skate board still baffles him. not quite yet five, so i guess it’s still a little too soon. to give him a little taster we thought we would head off to the skate park on the southbank. skaters and street art, job done. being carnival weekend, there were not too many skaters about, but also we were early and in reality they were probably still sleeping! 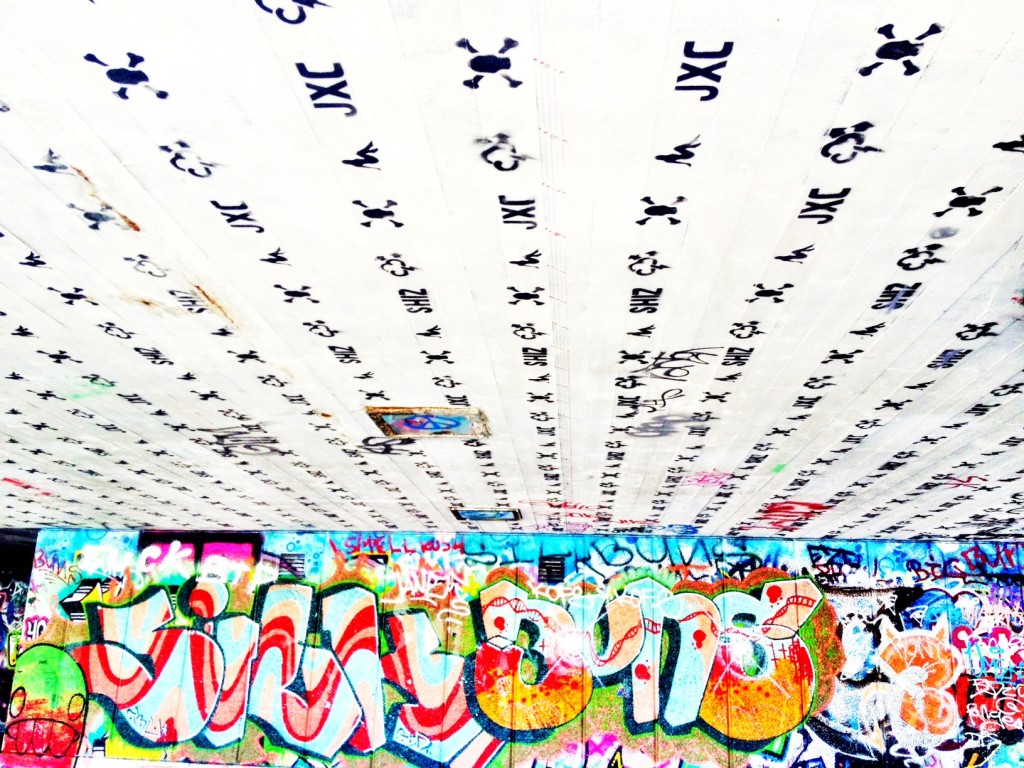 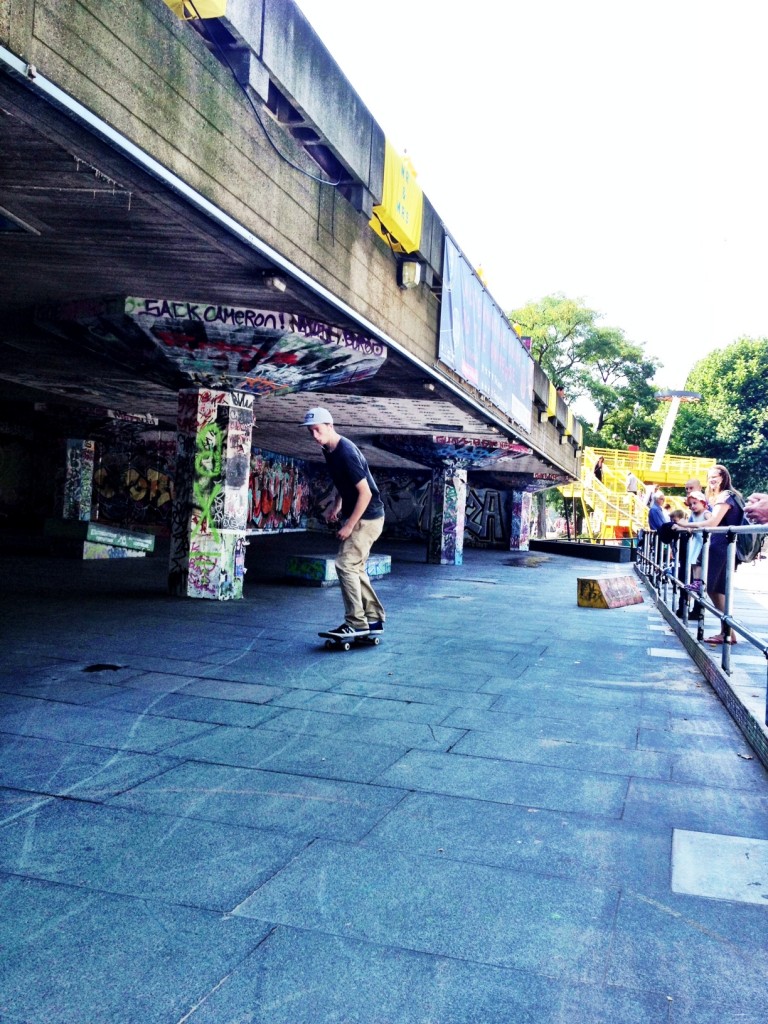 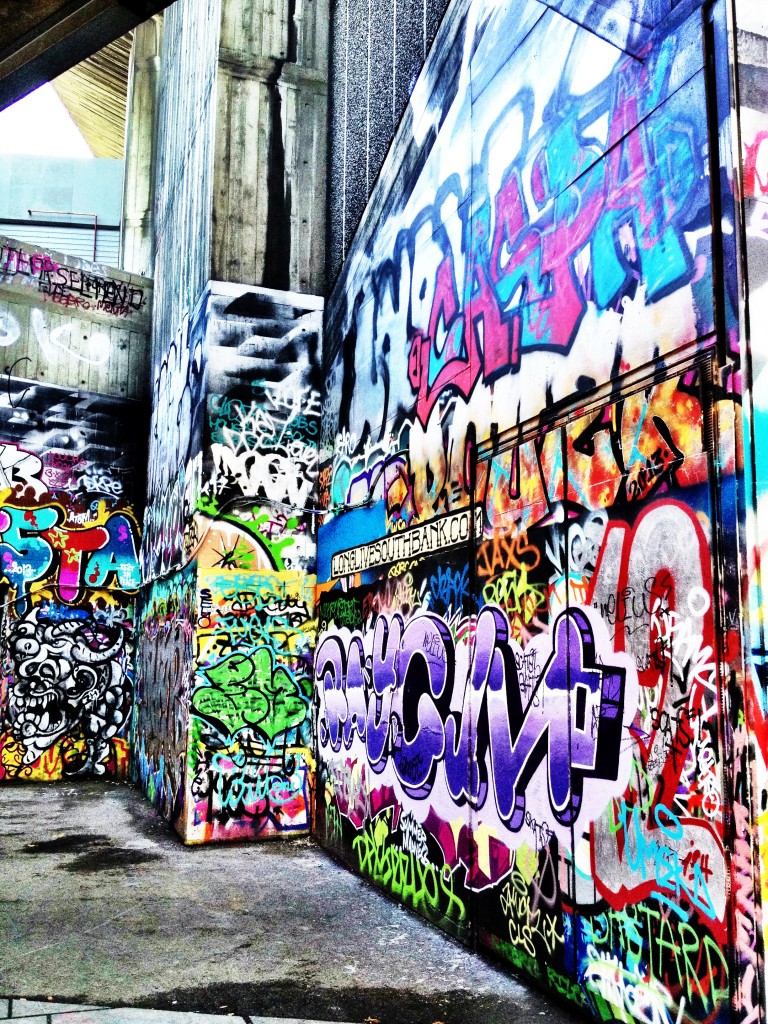 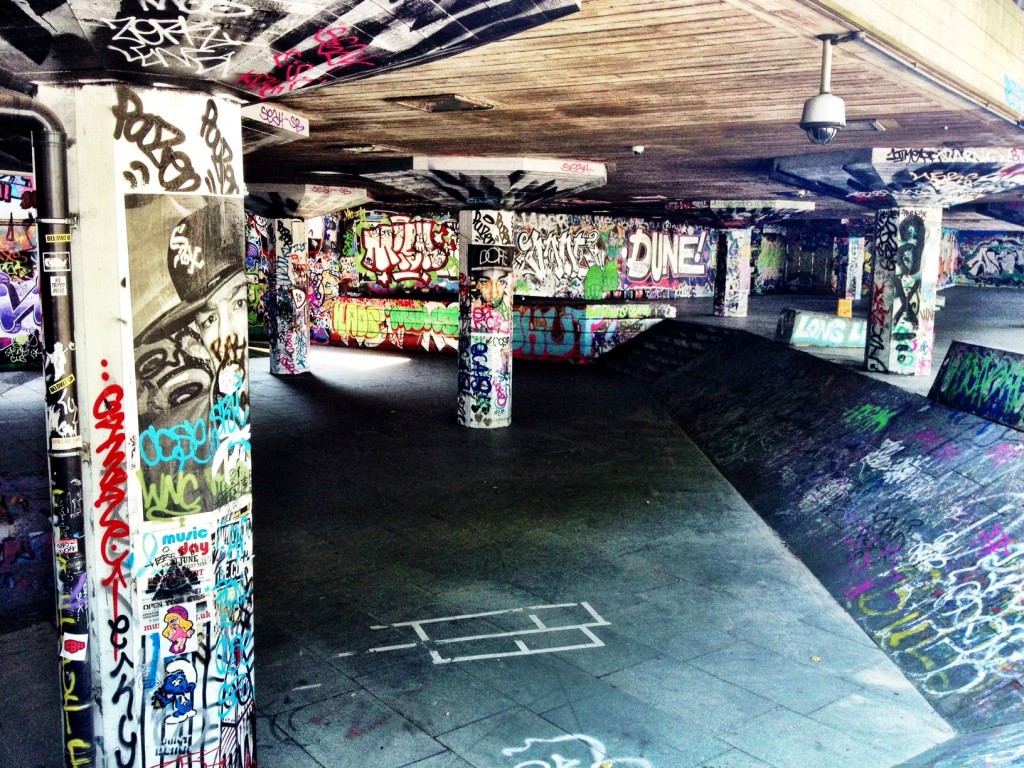 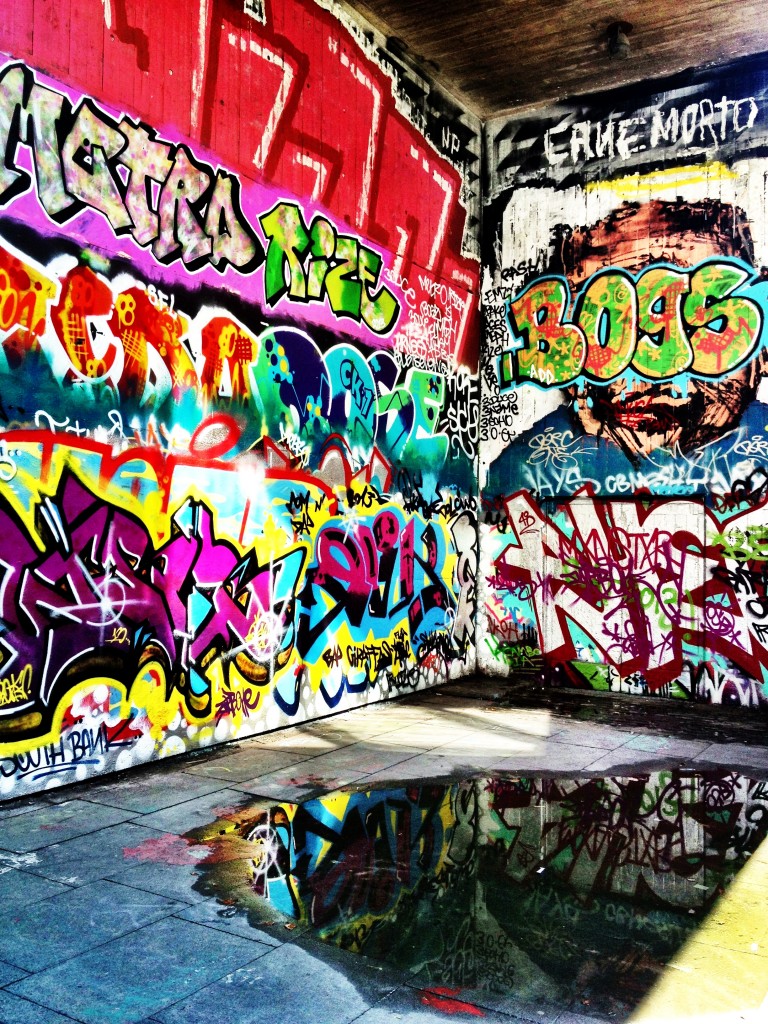 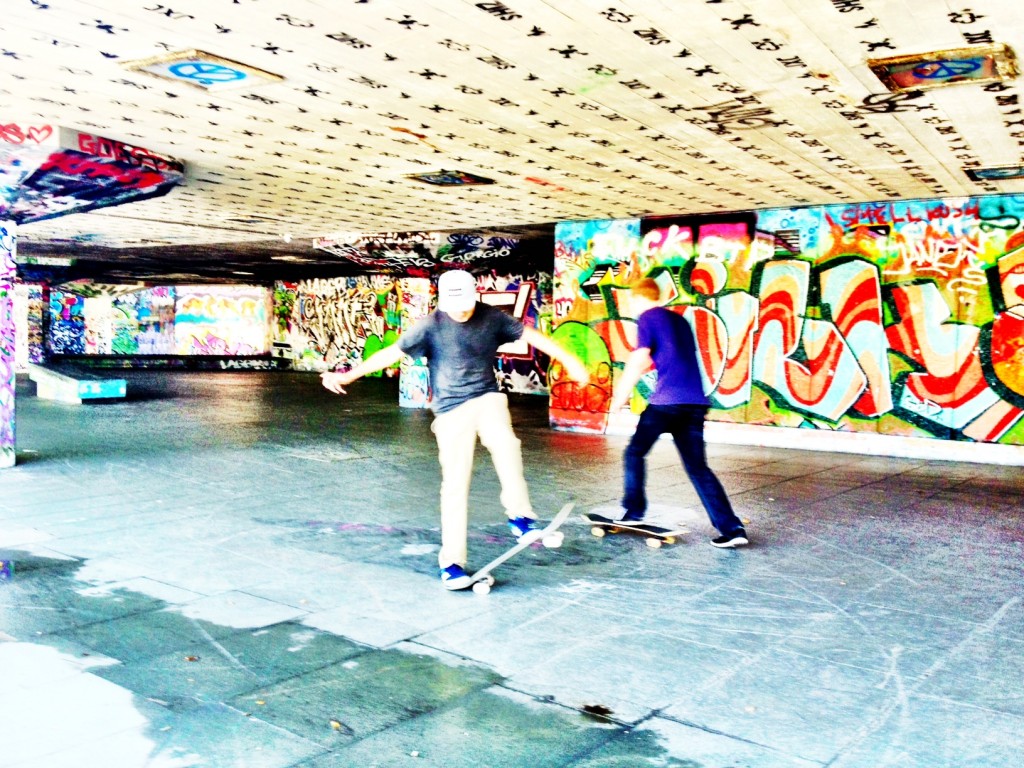