anniversaries are normally a time for celebration. a time of rejoice and happiness. this is nothing to celebrate.

the 15th march 2013 marks a two-year anniversary. two years since the start of the uprising in syria. two years in which the children of syria children have endured appalling suffering. the children’s plight is hidden within this conflict and this needs to end, it HAS to end. we all need to act quickly and we need to act NOW.

help save the children help the millions of children in syria who are facing the ever-increasing risks of disease & malnutrition. help the endless number of children that are suffering from severe trauma. these children desperately need water, medicine and clothing and the teams from save the children are working hard on the ground to deliver this to them, and in very dangerous circumstances too. they need our help.

please read more about the save syria’s children campaign here

on the 14th march, save the children are launching a global vigil for syria. you too can join the vigil by signing up through your twitter and facebook accounts to add your message to the campaign. save the children will launch all our messages together at the very same moment in time across the globe, demanding that world leaders sit up and take notice and unite to help these children.

to join this vigil you can sign up here.

if you are still not sure, before you go please read mahmoud’s story 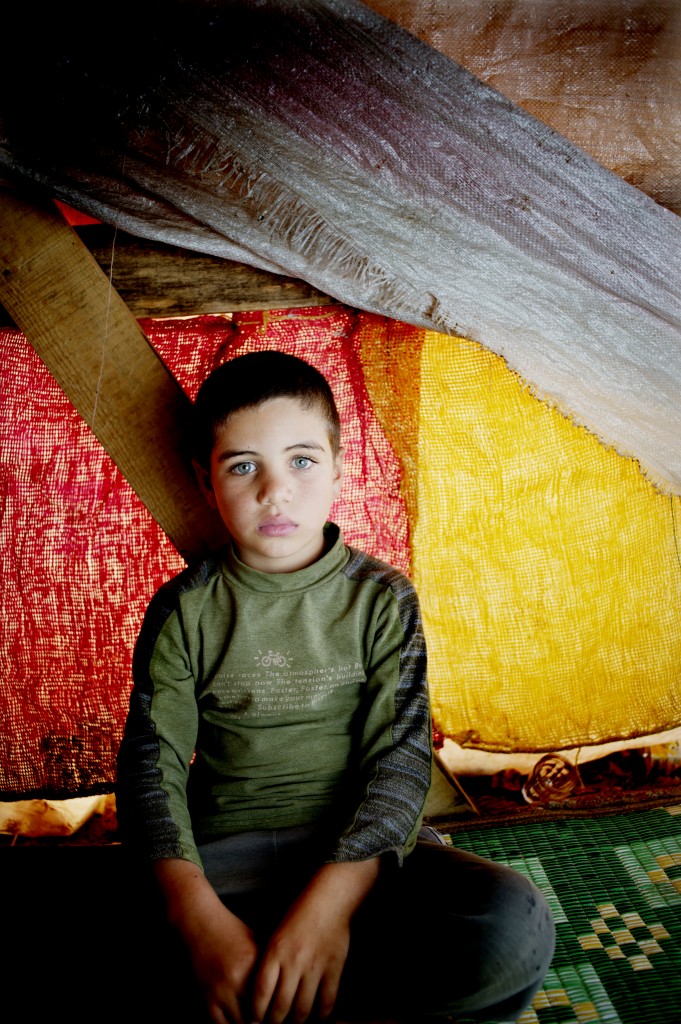 interview conducted by elin toft, during an assignment to lebanon

it’s the adults’ war. but those who suffer most are the children. more than half of the refugees from syria are children under 18. the refugee children are wounded in both body and soul.

children have seen friends being murdered. a report on the civil war in syria that save the children published earlier this fall, tells of horrendous child mistreatment. even young children have been tortured and killed.

“we played and rode our bikes around in the street, my friend and i. suddenly there was a bang and he fell off his bike.”

mahmoud (7) came from syria to neighboring lebanon a few months ago. the family settled in a rugged desert terrain outside the city of bar elias in the bekaa valley east of lebanon; where between 20-30 families have sought refuge in a small tent camp. their tents made up of used bags and scrap.

we were invited into a tent where a family of 12 live, of them nine children.

“someone had shot at us and hit the bike of my friend”, continued mahmoud. “there was a sniper hiding on the top roof of the house across the street from where we lived. after my friend fell off the bike, he was shot again.”

mahmoud has wet eyes and a husky voice as he recounts the event. his father, radi, is forced to take over the story when the voice of his son fails:

“the second shot hit the boy in the back. i was one of several adults who went running to the site and brought the wounded boy to hospital. unfortunately the shot in the back was catastrophic – he is now paralyzed from the waist down.”

“who shoots a small child?” asks radi, anger in his voice.

mahmoud’s brother nasser is nine years old and has similar stories to tell:

“several of my friends are dead. one of them was called mustafa. he went out into the street and a sniper shot him. i stood on the veranda of our house and saw everything. he died straight away. we used to go to school together – he was only ten years old.”

i ask what it was like to live in homs after the war began and nasser responds:

“there were more and more demonstrations in the neighborhood surrounding the school, and then the police came and then there was shooting. then the kids would run home. my school was soon closed.”

“there was a lot of shooting and explosions at night too. i was often afraid. i do not sleep so well here either, because i think of all the terrible things that have happened. still, i miss syria, our house and my friends and school. this is the second year i haven’t been to school. we did not bring anything – no clothes or toys or books. here in the camp, there is nothing.”