with just 3 sleeps to go, the excitement levels in the HPMcQ household were starting to reach a high. we had been having a really lazy sunday. it was gloomy and cold outside, and gloomy and cold and i don’t get on much. so we stayed cosied up in our jim jams watching movies until gone mid-day! absolute heaven.

after we had scoffed our late lunch/early supper, it dawned on me that there was something that perhaps ronnie would like to go and see. in recent weeks the journey home from school in the evenings had been taking as slightly different course. we had been coming home via the village and the local high street, so that ronnie and i could play the christmas light game, which pretty much involves us shouting out all the colours you see before the other one! so at 6 o’clock we pulled on our coats and shoes and headed into town to have a quick wander around the east end to take in some of the christmas lights.

i guess that’s part of the beauty of living so close to the centre of town, out the door and half hour later there we were, bang in the middle of the light fantastic! ronnie absolutely love them and we did too.

we parked down by piccadily and made our way up to piccadily circus, where we were to find that eros had been ensconced in a snowglobe! i’m sure he is pretty chuffed that he is protected by the elements right now. 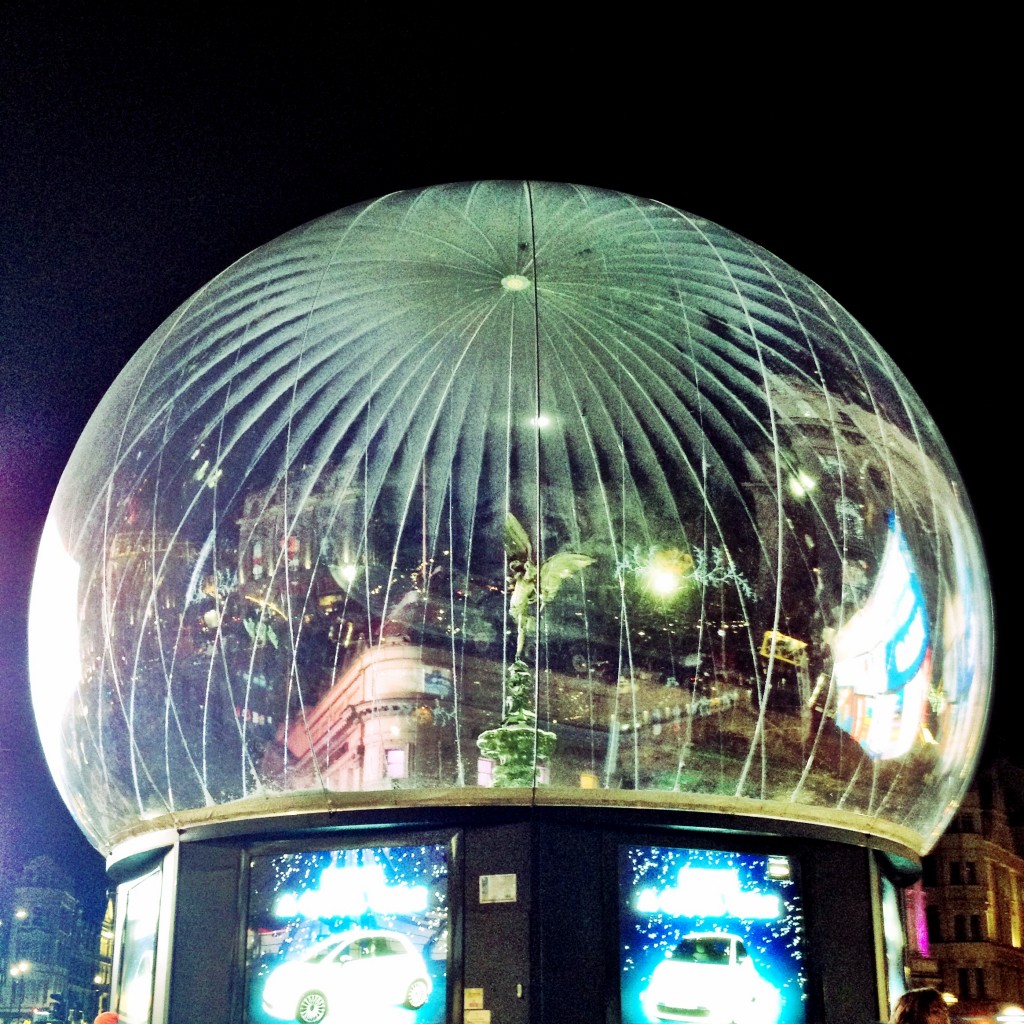 we snuck round the back of piccadily, to avoid the crowds and headed up towards carnaby street. carnaby street always have fabulous lights. something always very different from the rest, and always without fail my favourite. this years theme is all about the lovely robin red breasts. flocks and flocks of them, every where you look. aren’t they adorable?

in the trees & flapping around in kingly court too! 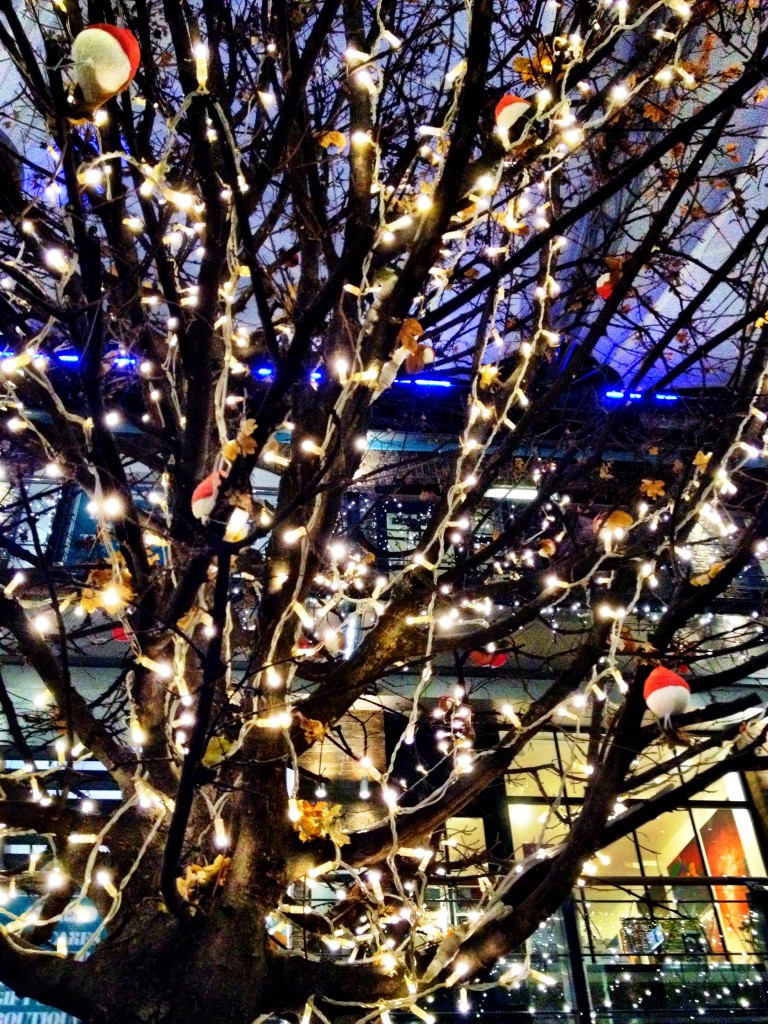 we stopped for a quick lean on one of the lions outside liberty. i love this place, but i think you might already know that! 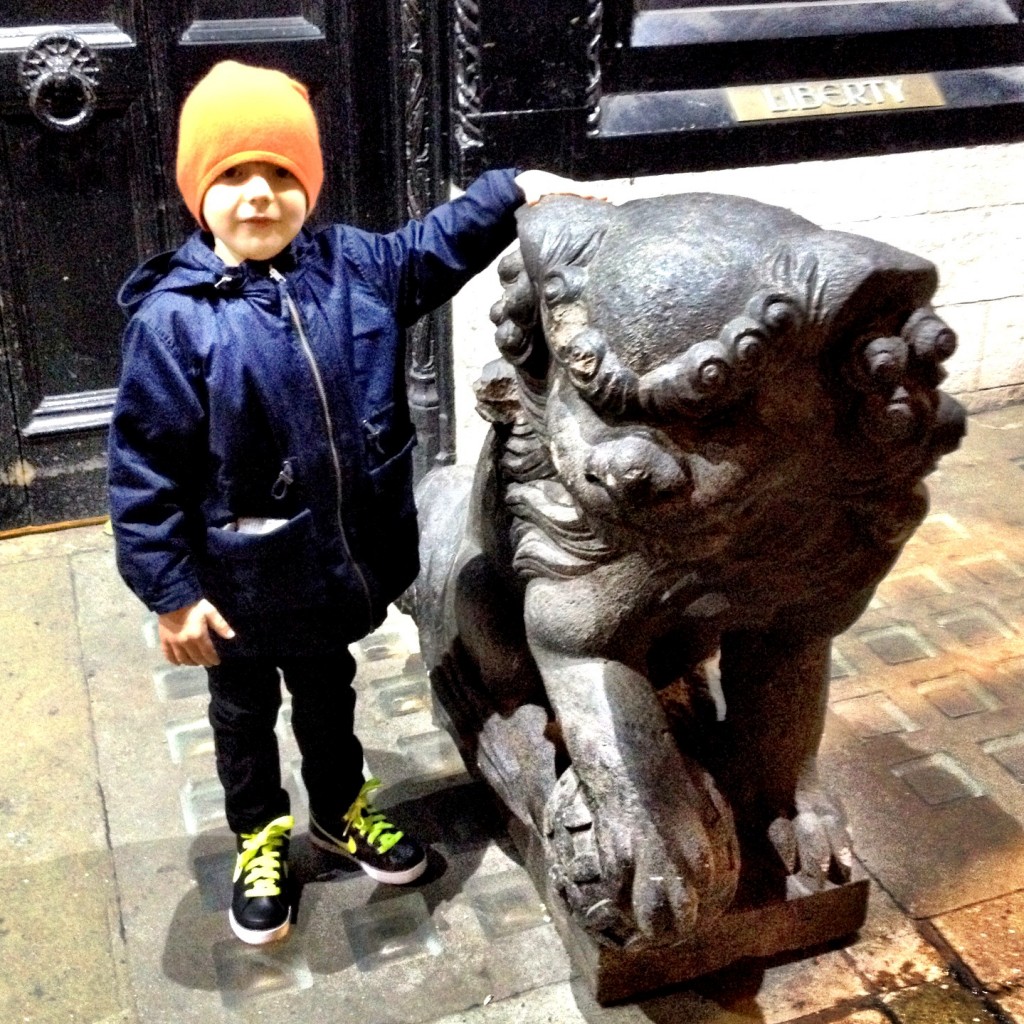 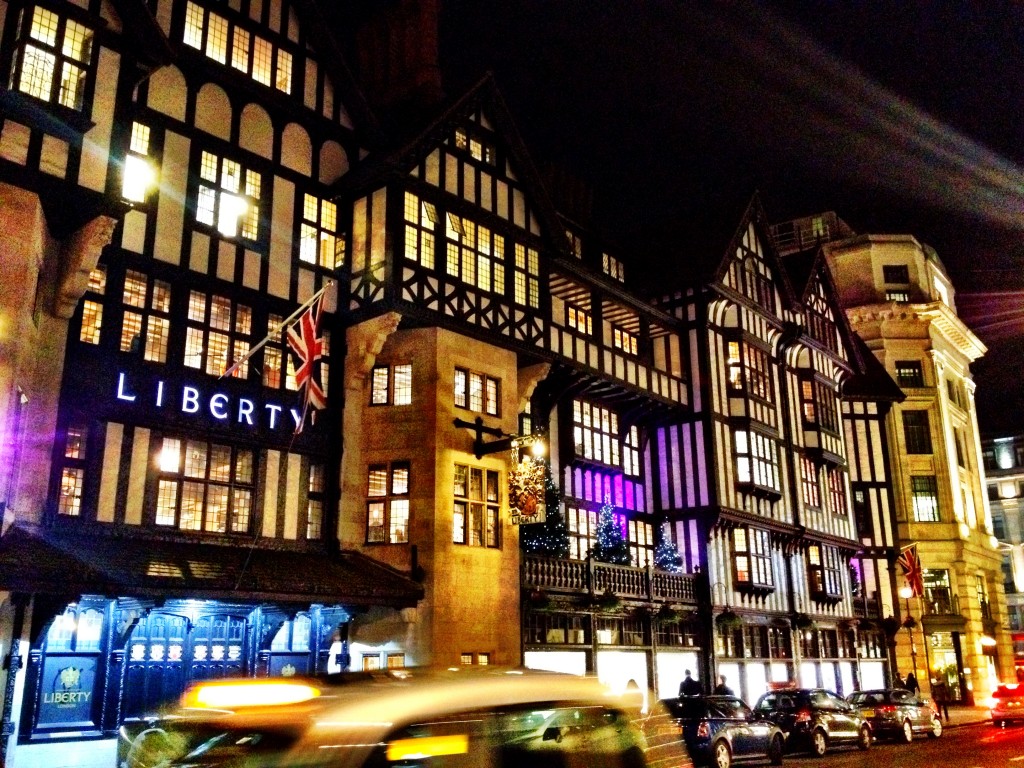 a quick trott up argyll street, past the palladium and bam oxford street!

this year the lights have had a bit of an overhaul and the famous mile long shopping mecca has been transformed and is covered in a blanket of thousands and thousands of giant glittering snowballs. i think they look great don’t you? 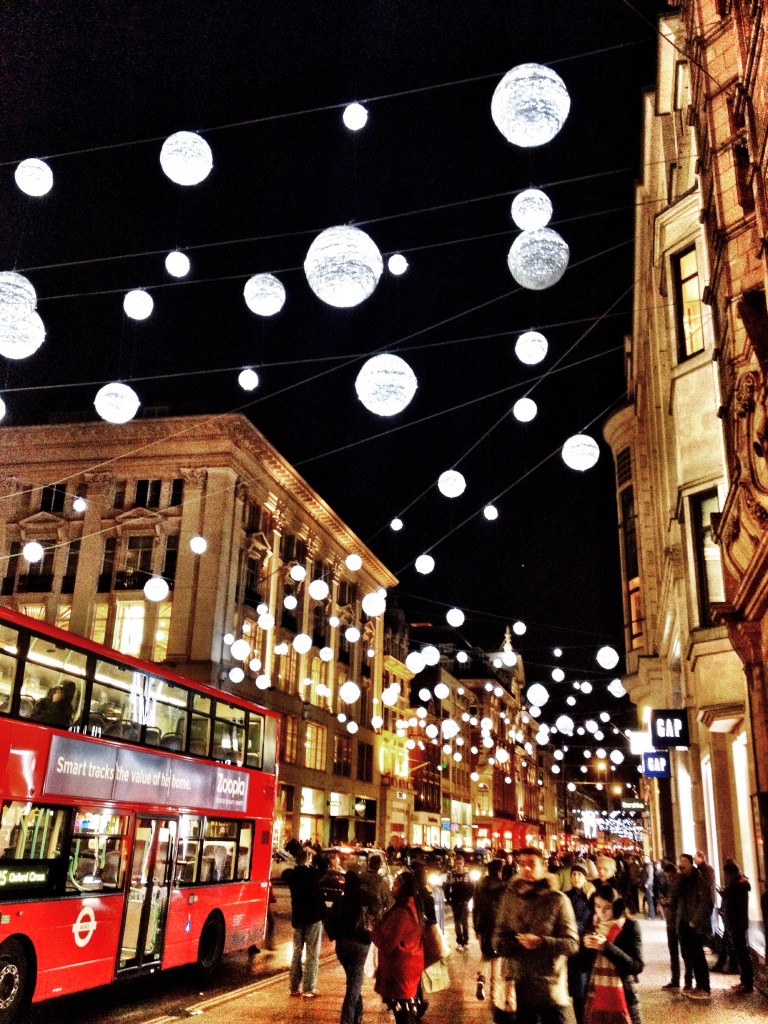 we turn round the corner, through the chaos that is oxford circus and we hit regent street in all it’s splendor. this year the lights have been sponsored by dream works and the centre of the lights show images taken from the new film mr peabody & sherman launching on the 7th february in the new year. the ones near the top however have the 12 days of christmas which is what you can see here. 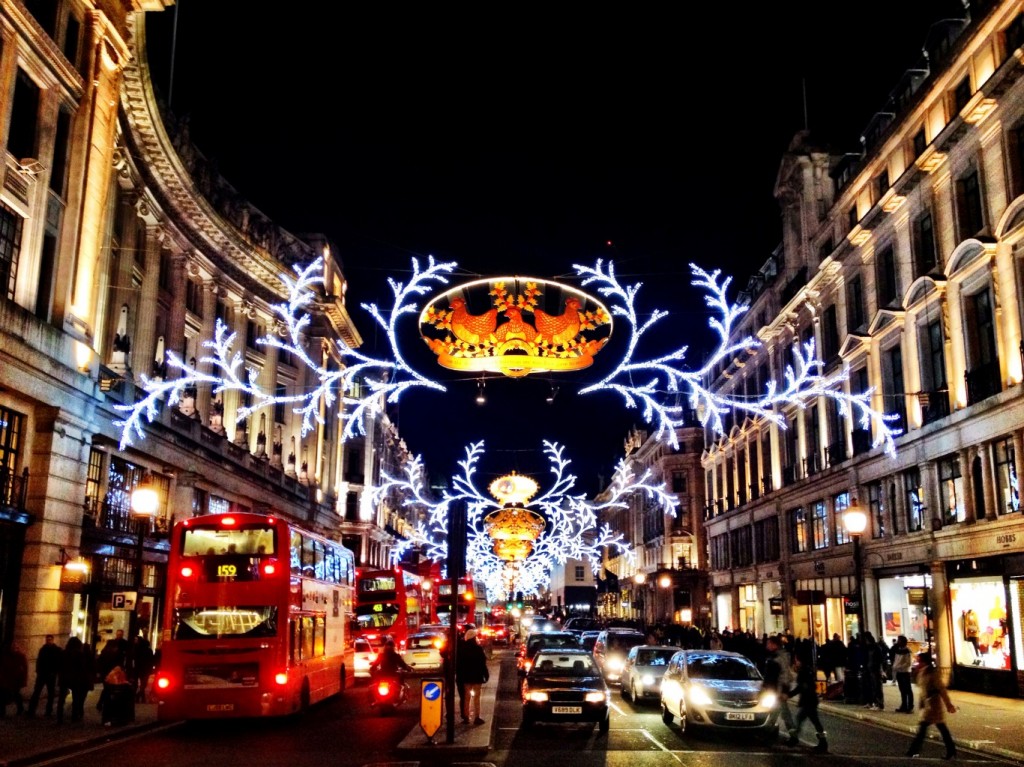 by this time roosters little legs were getting a little wary. so we hopped on a bus that took us all the way down regent street and dropped us off nicely by the haymarket. a short walk back to the car and we stumbled across this delightful old style shopping mall. everything about it just says christmas. it was so shiny, beautiful and peaceful on this dark evening.