there are dinosaurs roaming the park of crystal palace, ronnie could barely believe his eyes. giants surrounding the lake, frozen in time. these wonderful beasts were unveiled in the park in 1854, and had been commissioned in 1852 following the crystal palace of the great exhibition of 1851 being moved to sydenham hill. they were the very first dinosaur sculptures in the world, pre-dating the publication of charles darwins on the origin of species by six years. they have grade 1 listing, and were designed and sculpted by benjamin waterhouse hawkins in his near by studio in sydenham hill with help from richard owen.

and here they are, aren’t they marvellous 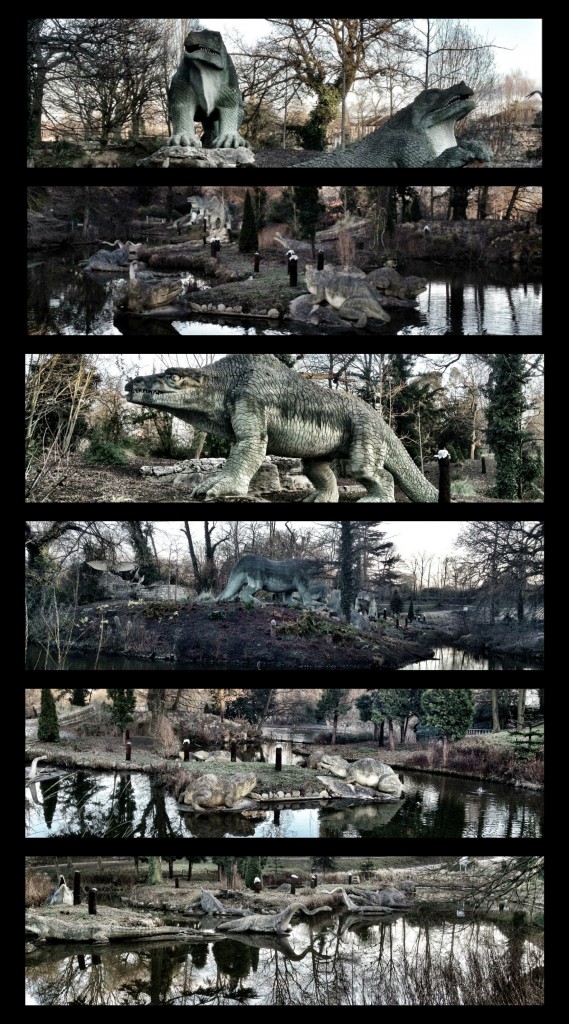