we recently spent a couple of weeks with my parents. a well deserved early summer holiday, relaxing, having lazy mornings and spending time lounging around, eating good food, drinking local beer and having absolutely nothing to do on the to do list. a very welcome change and break from the norm of day-to-day life.

lucky for us, my parents live in tenerife, the biggest island of the collective of the canarias, just of the north-west coast of africa. they didn’t retire there , they retired after they got there. my mother is a native you see and was home sick and was given a great opportunity to go back to her homeland. my father an east end london boy, but very much spanish at the same time. they came from two very different worlds, which collided on the isle of wight, fell in love in london, settled and married in tenerife, and bore a child that was me. i was born in the capital of island santa cruz de tenerife, which makes me a chicharera.

the island is a beautiful place, with many many hidden beauties, actually they aren’t so hidden, it’s just that the island has somewhat of a reputation of a trashy party island but that is just such a small part of the island down in the south where the sun shines as hot as fire and the booze flows as wildly as the atlantic ocean that the island sits in. we  would prefer that, that part of the island wasn’t there, but tourist tend to keep to that end of th island which then leaves the rest of the island for us!

the weather in the north of the island can be at times totally different to the south. you see the heat comes into the south from africa. an intense heat which can be pretty unbearable at times. this heat swaths the south and then hits the big ‘ol volcano in the center of the island. mount teide or otherwise known as pico del teide. the heat will rise, clouds will form and then rain will shower the north creating a lush and green valley, la orotava, which is a huge contrast to the dry and barren desert like south.

el pico is actually the highest point in spain, and with its 3718-meter summit it makes tenerife the 10th highest island in the world.

even though teide is considered a dormant volcano, it still remains active, as the most recent eruption occurred in 1909. the landscape is very harsh and spiky, certainly not a place for you to go off-road and get lost. It is reminiscent of the land where dinosaurs may have roamed, hunting their pray. It was actually the stage and backdrop to Raquel welshs’film 2000 bc, and has been to many other films since.

the colours are rich and earthy, amazing layers upon layers of lava. a real life timeline of volcanic activity. However the forest, the teide national park, on the northern side of the island is thick, green and endless, with dedicated areas for you to stop and have a bbq feast. The contrast of the two sides of the island can be seen so clearly. This surrounding area of national park covers 18900 hectares, and in 2007 was named a world heritage site by UNESCO. in 2013 it was the 9th most visited national park in the world with over 2.8 million visitors. so maybe not such a hidden secret then! 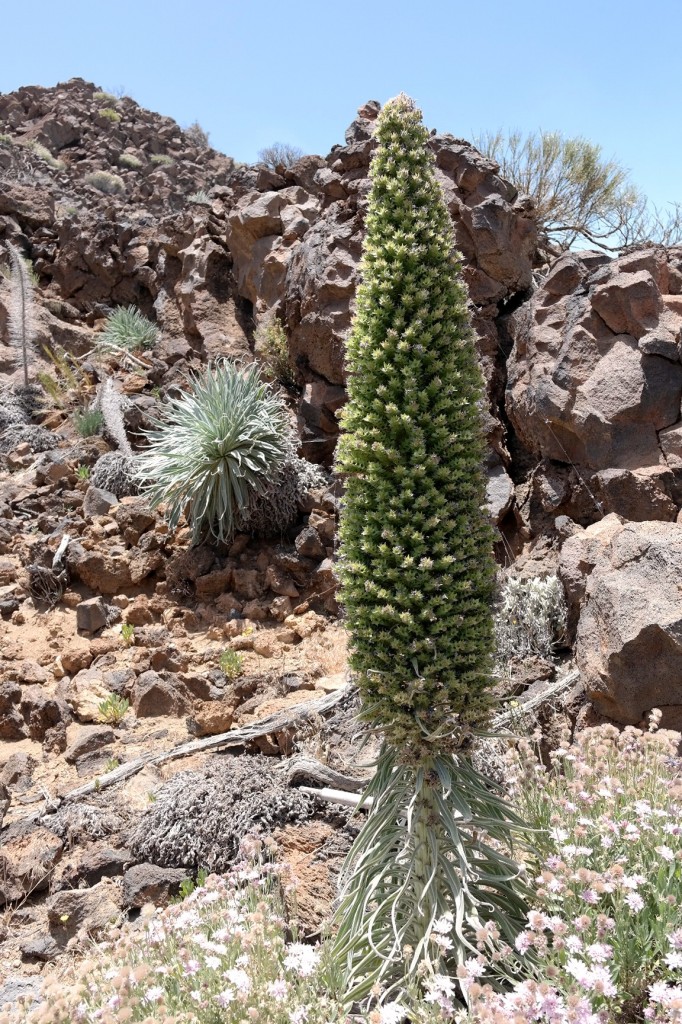 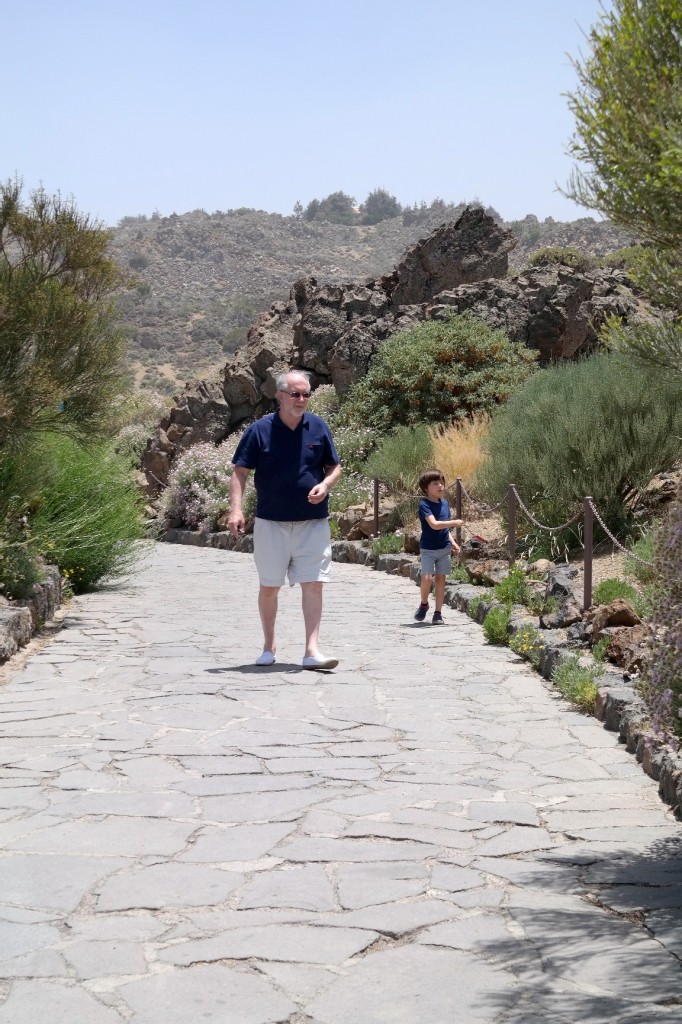 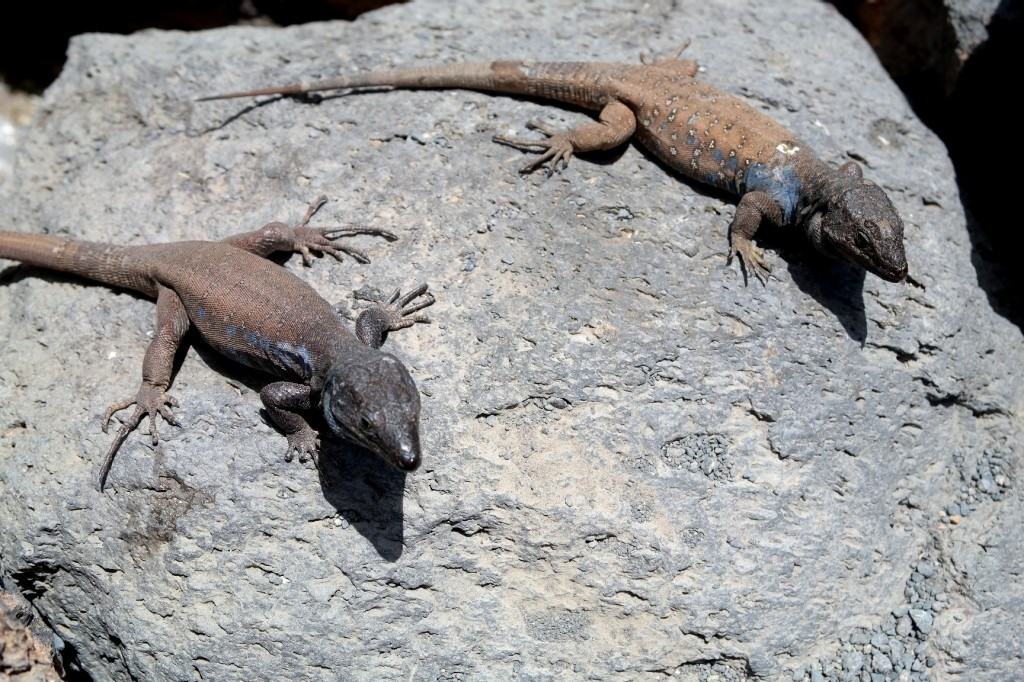 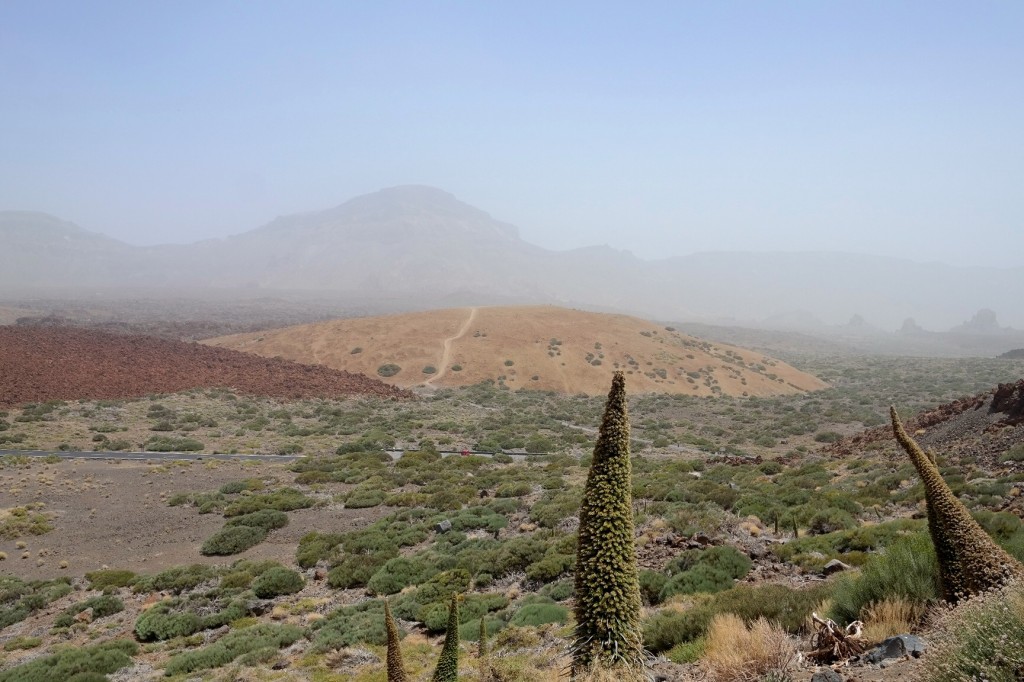 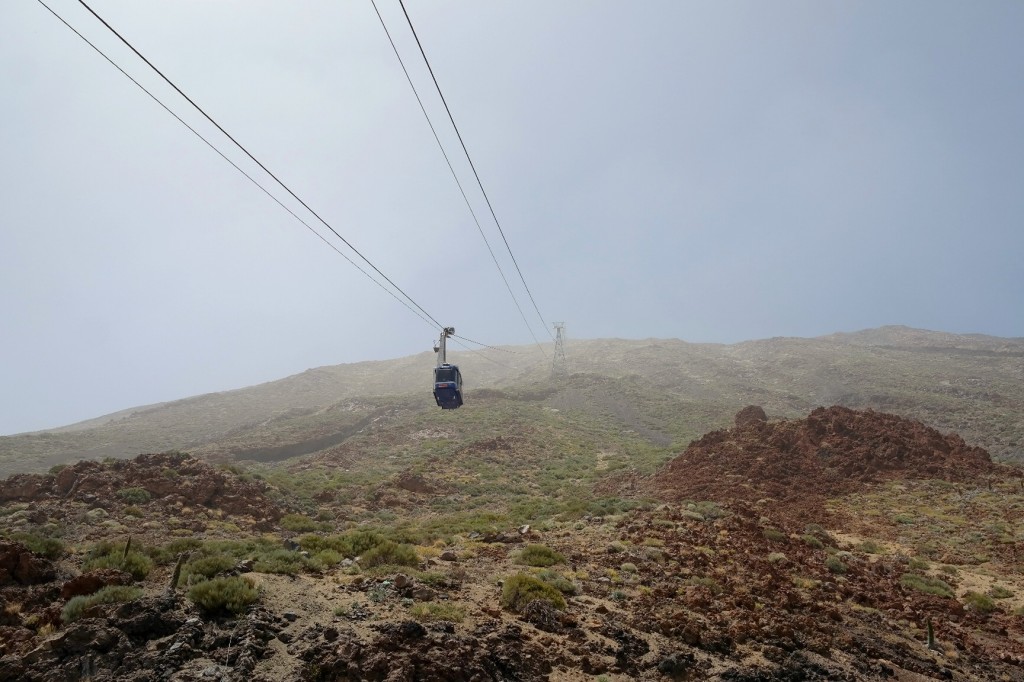 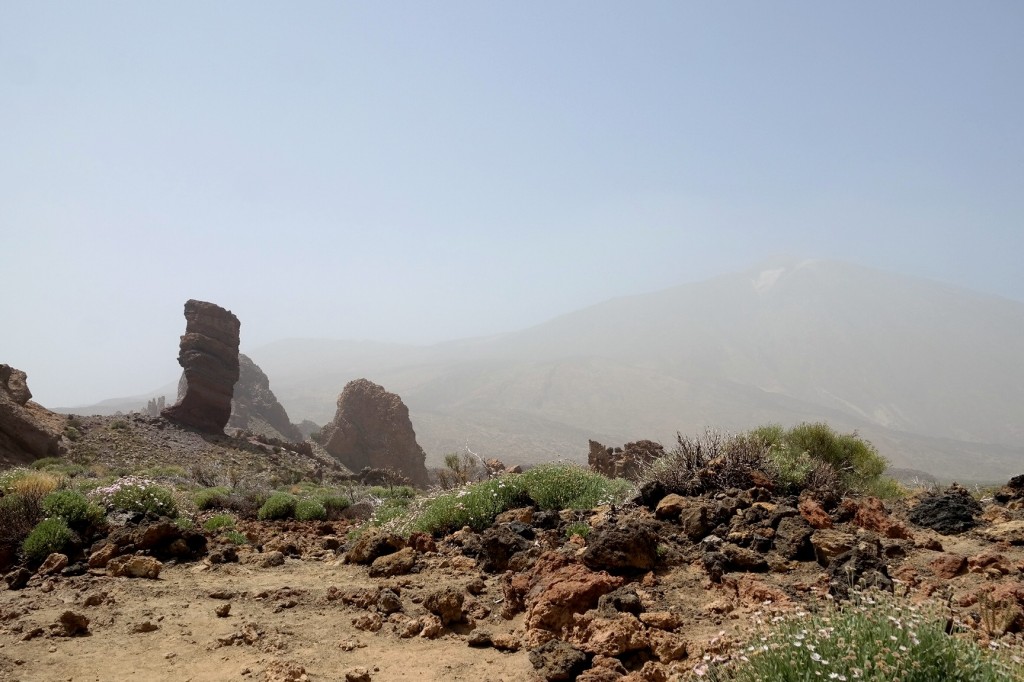 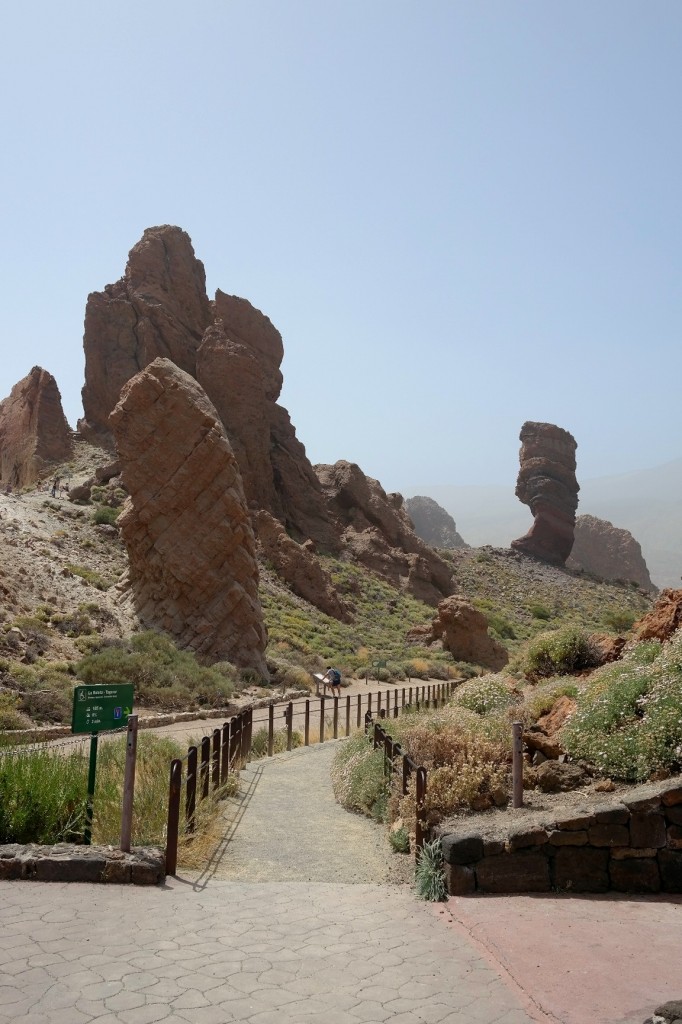 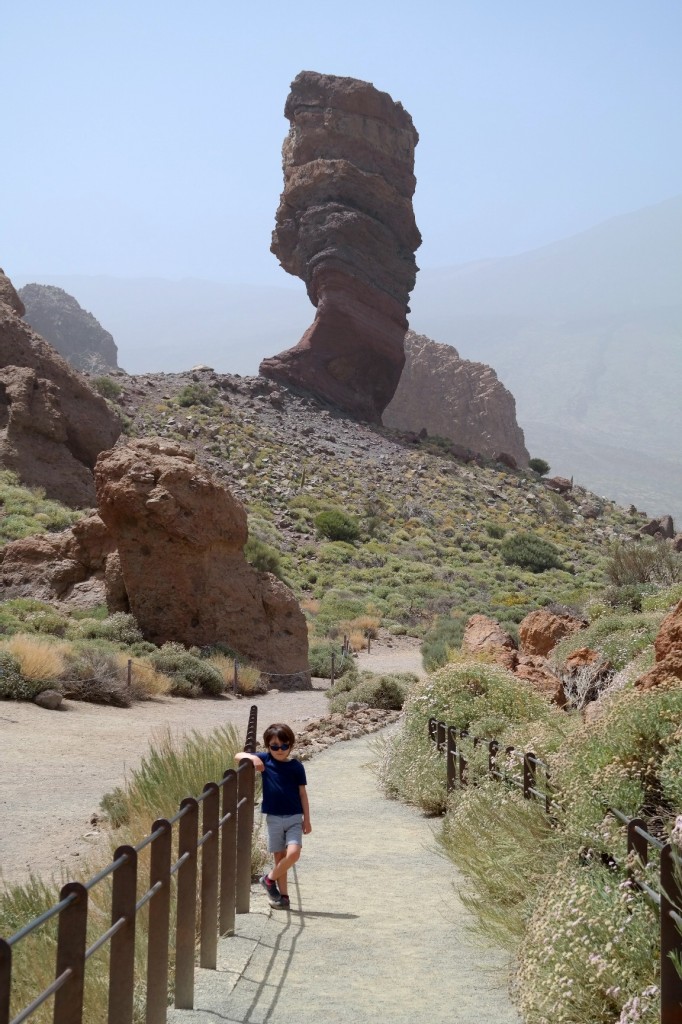 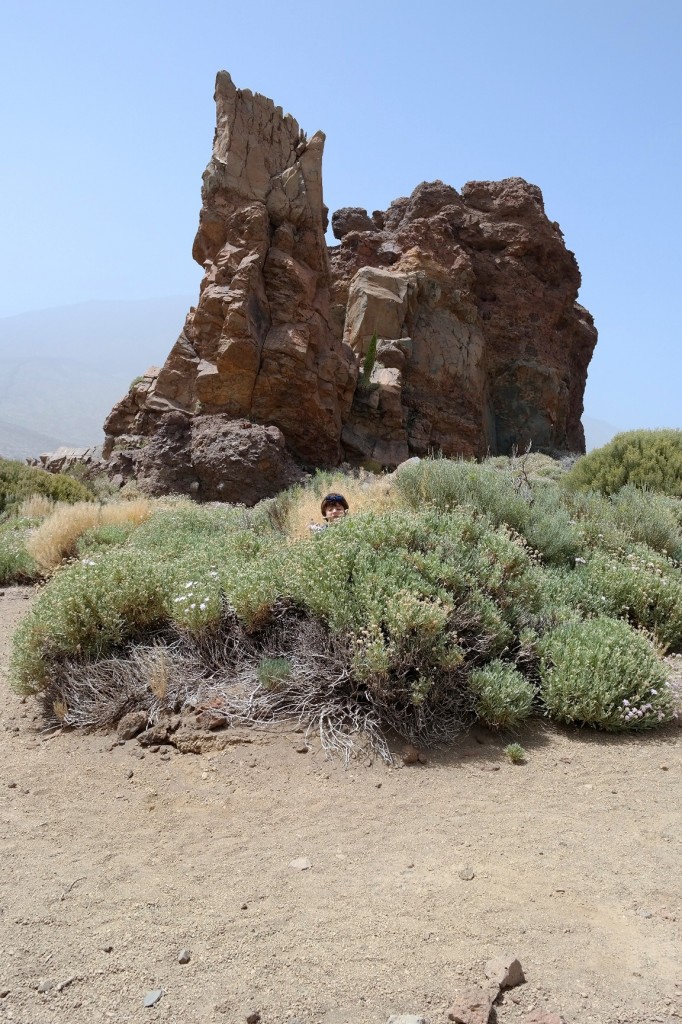