i know, it’s hard to believe it but yes we did, we went back for more!

that doesn’t make me a camper though, so don’t worry too much. this year we totally relied on the hospitality of the hotel bell tent people to keep me a content a happy camper! 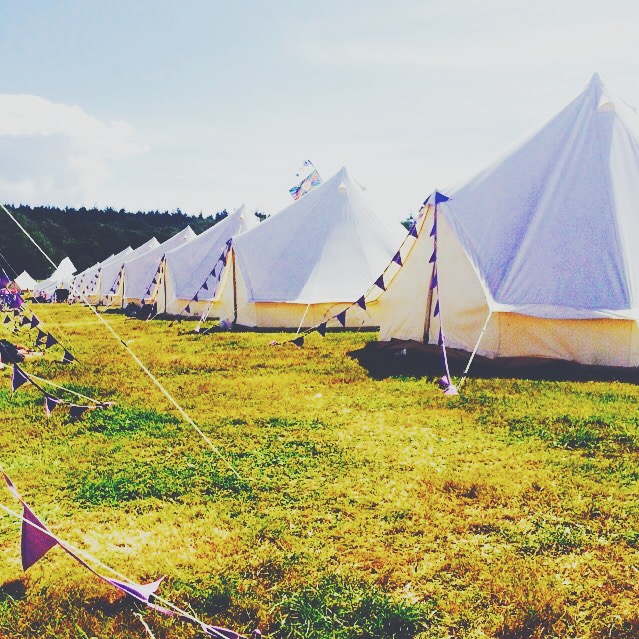 we arrived as we did last year, late on the thursday afternoon. we hired ourselves a mr trolley, dolly, and lugged everything to our bell tent. we unpacked, we set our selves up and got ouverselves all nicely settled. after all this heave hoo we headed off into the festival site to catch the early evening atmosphere of the site getting it’s self all ready for the morning. 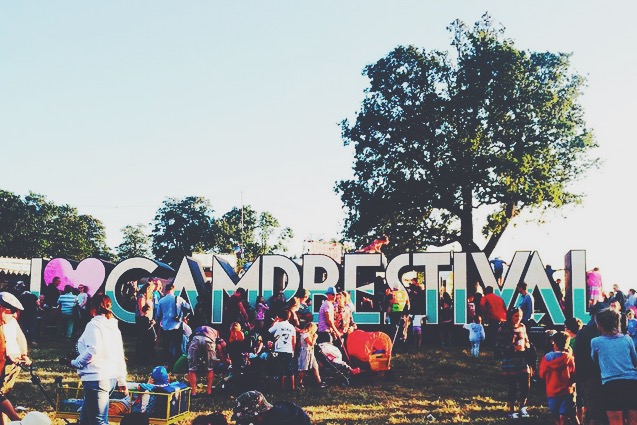 this year the festival felt a little different for us. our friday wasn’t as overwhelming as last year for one, as we kinda knew our bearings, but still so much to see and do. it did however feel a lot lot busier. saturday being the fullest of the three days. last year we destinctly remember it being so easy to move around, easy to put your blanket down and chill for a while, without jostling for a spot or toes and fingers being trod on. this year it felt much more packed and perhaps a little more frantic, maybe frantic isn’t the right word, but i think you know what i mean. i do hope that there will be a cap on next years numbers so that it doesn’t grow any busier or maybe they could extend the space to give that sense of freedom back, if not it will truly spoil the fabulous vibe that this place has.

anyway moving on, on saturday disaster struck! i know the drama. you might be crying when i tell you what the disaster was.

well first of all we had had a little scare, when ronnie fell hurting his toe. noises came out of him that we had never heard before, so we whizzed him round to the hospital to get his toe checked out just incase it was broken. good news, not broken. think he must have just really frightened himself, and us too! a short while later he was back up on his feet, hobbling but back up.

we decided to call it a night and head back to the tent for an early night and a hot cup of something, and maybe a glass of wine too, accompanied by marshmallows and chocolate biscuits. but before all that goodness a quick stop off at the boutique toilets before we hit the tent.

on the stairs of the toilets i took one half of my ruck sack off my back and turned to put my phone in the bag whilst i headed in, without breathing, to spend a penny. oh no, this was not to be. the ruck sack decided to swing out of control round to the front of me, wallop straight into my hand which then in turn knocked my iPhone straight out of said hand, which then flew like a bird, gliding through the fragrant air of the cabin, past the cubicle door and plop! oh yeah, that’s right folks, my phone was in a festival chemical toilet.

right then, diamonds off, and the hand went down the toilet. bleugh. why did i do that? why on earth did i think it would work again? did we even have any rice? no. but our neighbours had a pot noodle so we gave that a whirl, and we threw in some couscous for good measure!

i washed my hand a lot. my hand wasn’t allowed near anything after that, and certianly not near mummy barrows minstrels!

anyway, i guess i’m explaning this to you, as i don’t actually have many photos of the festival this year, being a photo blogger it’s pretty essential you don’t throw you photographic equipment down the bog!

so i’ll share what i have and tell you about our favourite things over the next few posts.

disclaimer: we received family camp bestival 2015 tickets in return for previews and reviews of this year’s festival. we did however pay for our hotel bell tent, because actual camping was not an option! either way, it goes without saying we will be honest and our views and opinions will be our own.