this week saw Mr HPMcQ get one year older and what a day it was!

ronnie and i decided to bake him a cake. we spied a snazzy piñata one on pinterest and thought we would go about making one ourselves.

for the cake it self i was after a chocolate sponge that was not dry, as i’ve not quite found one that i’m totally happy with. i was pointed in the direction of this chocolate fudge cake on the crazy kitchen blog. i modified it slightly to make three sponges for the piñata version.

to make the cake we followed the crazy kitchens directions.

– we beat the butter and the sugar together until mixed well and the it became light    and creamy
– we sifted in the flour, cocoa powder, baking powder and bicarbonate of soda and  gave a little mix in.
– added the eggs & the yoghurt and beat it well for several minutes.
– we then divided the mixture between the 3 tins and popped it in the oven to bake for  25-30 minutes at 170 degrees celsius. 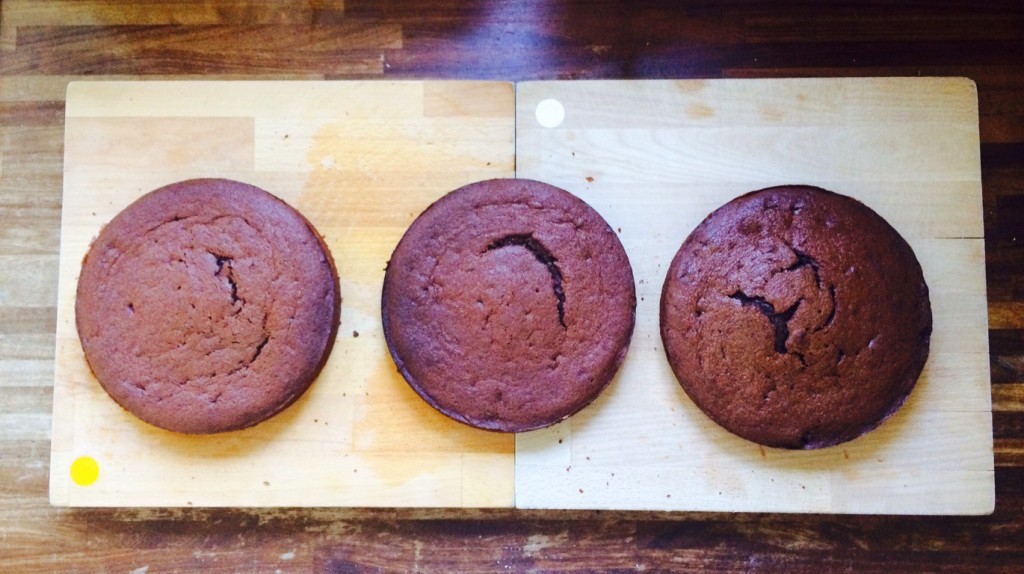 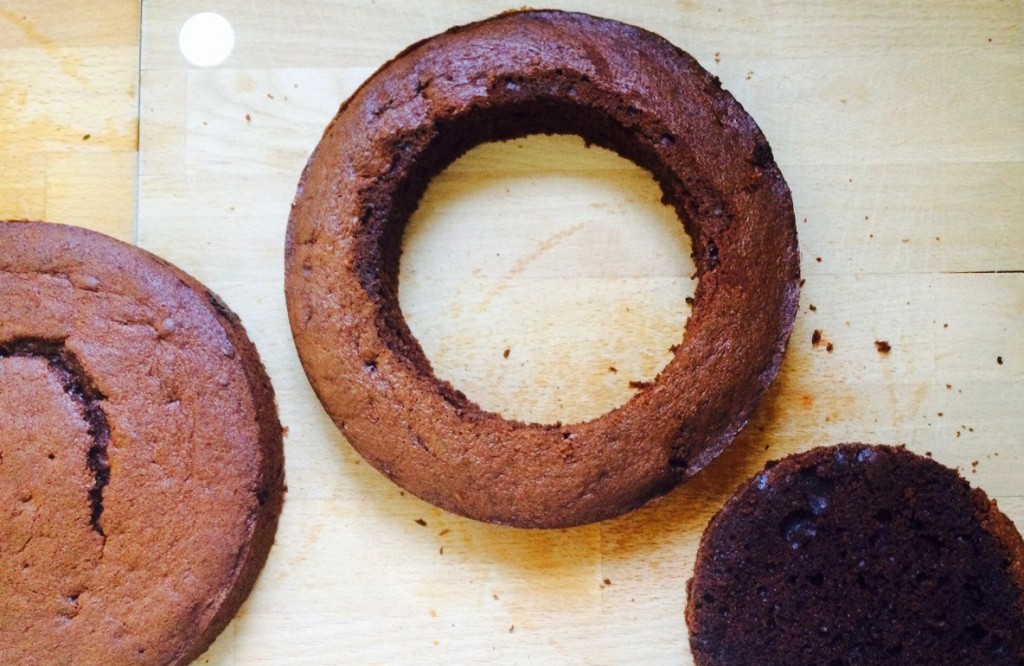 to make the buttercream icing we used: 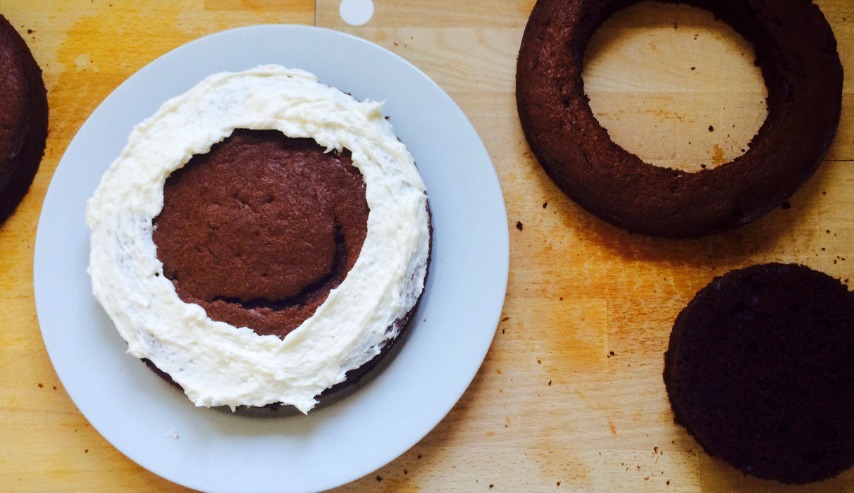 next was to pour in all the smarties and m&m’s that we could, spoon another ring of buttercream around the top of the sponge and then the top sponge went on to hide the goodies inside. 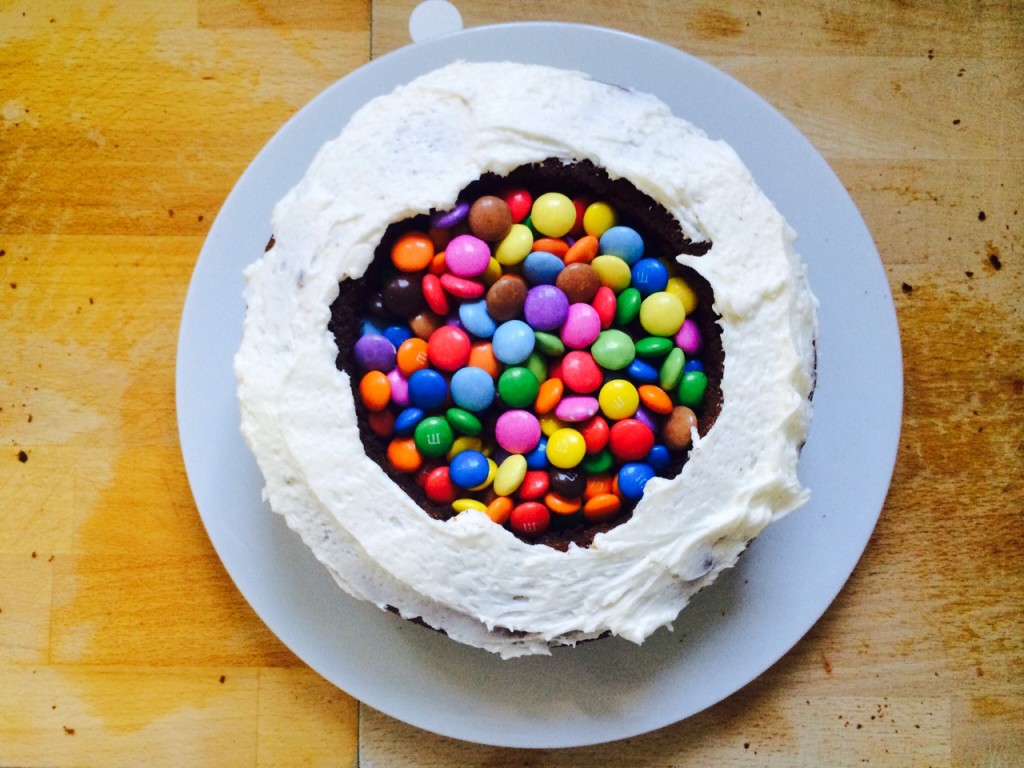 the outside of the cake was then smoothered in buttercream icing and sprinkled generoulsy with erm sprinkles?! tah dah! 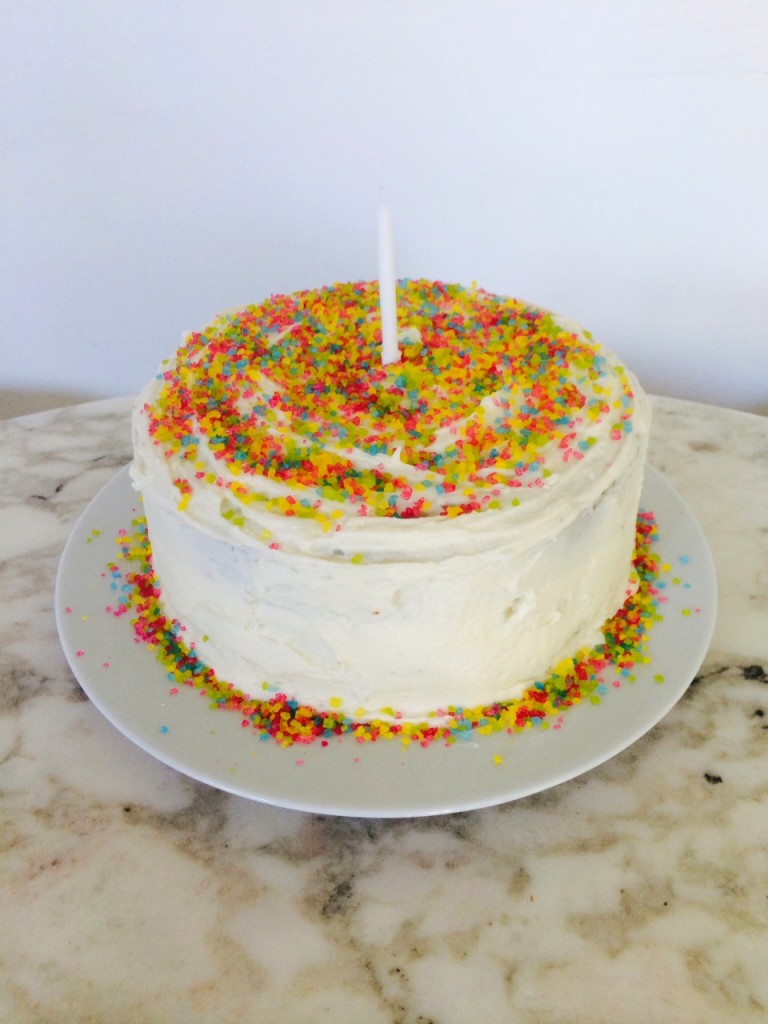