in between christmas and new year, ronnie and i were sitting on the sofa watching a spot of wallace and gromit, when quite casually in the conversation he dropped:

r : mummy i need a brother

r : mummy i need a sister

hpmcq : *struggles to keep tea down for a second time* no ronnie i don’t think that’s possible either

so what do we think about this then? does he really want a sibling? blooming hope not, there’s going to be a lot of disappointment.

just before christmas they had been talking about families a lot in corner time at nursery. with the run up to the festive season and the influx of family descending on all, the carers were getting all the children familiar with who is who and who is whose brother, mother, father blah di blah.

we had weeks of coming home from nursery with conversations such as:

r : mummy, you are my mother

hpmcq : yes that’s right and daddy is your father

r : yes, daddy’s my father. who’s your mummy and daddy?

anyway it goes on like that, night after night for a good few weeks. the fact that nanny minnie is grandad tony’s mummy and my nanny blew his mind completely!

interestingly however he never asked if we (hpmcq & mcq) have any brothers or sisters. which in my case i don’t, but oliver does, he has a sister, who he has chosen not to have any contact with as it just makes life much easier, less stressful and happier, and i’m sure this is the case for her too. so weird that his inquires on family end at the parent levels. i would have thought that the brother and sister questions would have come first, if others at nursery have them but he doesn’t and neither would it appear do we.

since that moment of, i need a… ronnie has been wandering around a lot with his beloved peanut stuffed up his top, jumper, pyjamas whatever he happens to be wearing really, telling me that it’s his baby. is that normal? do boys walk around pretending to be pregnant normally? can’t say i’ve ever seen it before. i have tried to explain that only girls have babies but at 3 that’s a tough one to understand i guess. and if we won’t give him a brother or sister is he trying for one himself? 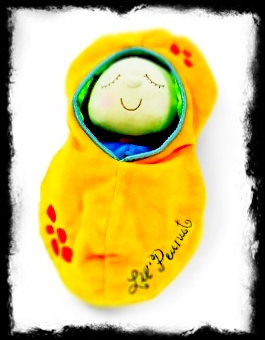