can anyone remember such a glorious easter? the sun has shone, the paddling pool has been splashed in, kicka ball in the garden, the bbq’s lit a plenty & mucho cake eaten. the weekend has been good and then to top it all off to downe we went to xmastreefarm. now i haven’t been to a farm in years, actually that’s a bit of a porky we stayed on one over new year in helmsley north yorkshire…..but it wasn’t like this so i’m not going to count that one, however it did have a magnificant meat fridge but that’s another story……..so i haven’t been to a farm in years then! so the farm is situated in a lovely village called downe, which is very close to where oliver my husband grew up in keston. the farm is very well laid out and organised, it’s not a working farm more of a come see the animals farm. from the moment we arrived ronnie gave it the seal of approval as he came racing round the corner to see a little red tractor ride. “mummy come look it’s a red one!!! ronnie drive it?” and on he hopped. brum brum 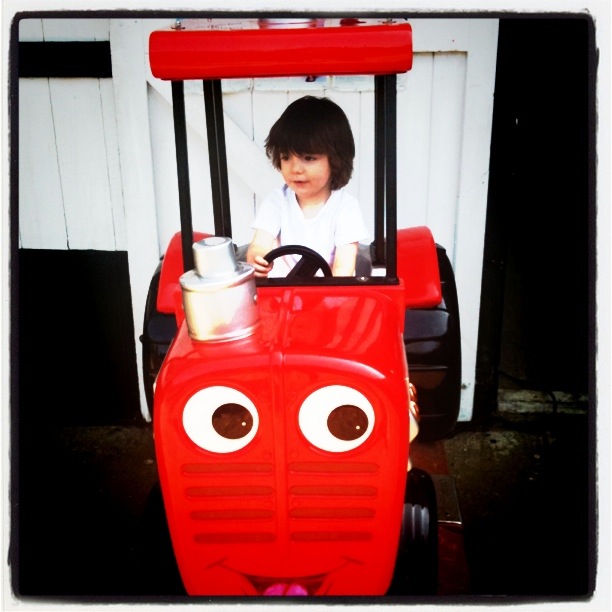 it took a while to prise him off the tractor but eventually after 3 or 4 goes we managed it. they are a little cheeky there’s a £4 entry fee for adults and £2 for the littlen’s and then it’s £2 for a large bucket of feed which considering they would feed that to the animals anyway i thought a little steep. anyway mustn’t grumble as actually the buckets of feed go down very very well both with the kiddie winks and the hungry farm animals. it’s great to see the little ones get so close and feed their favourites. 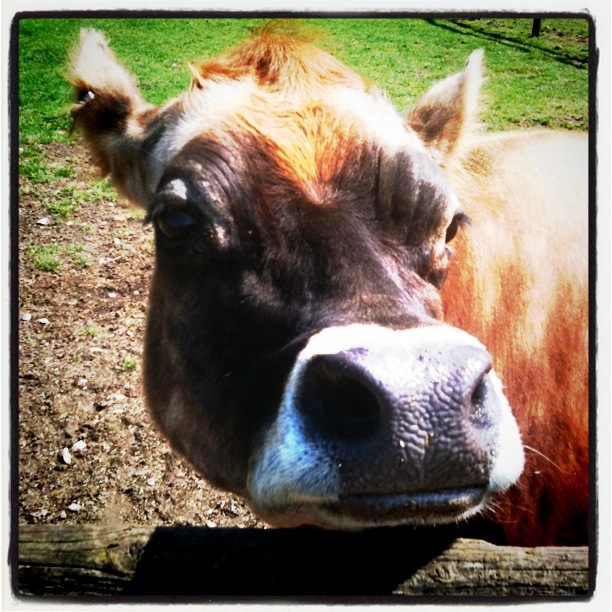 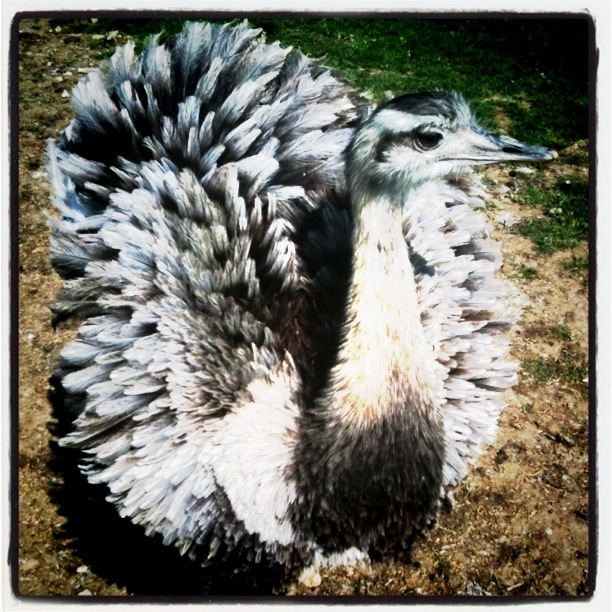 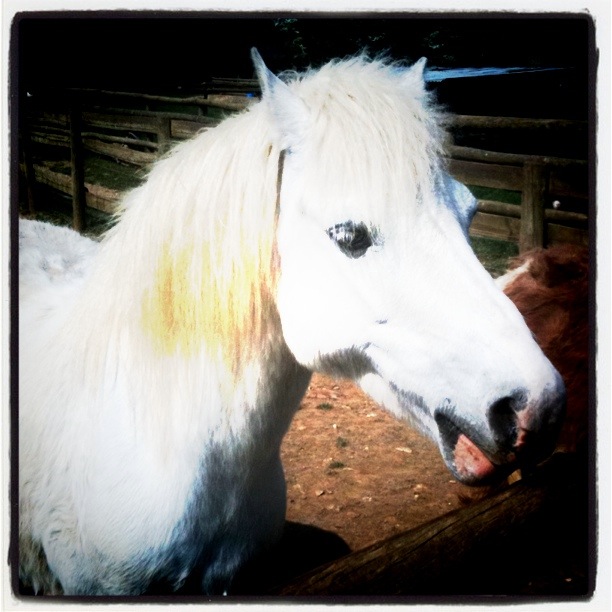 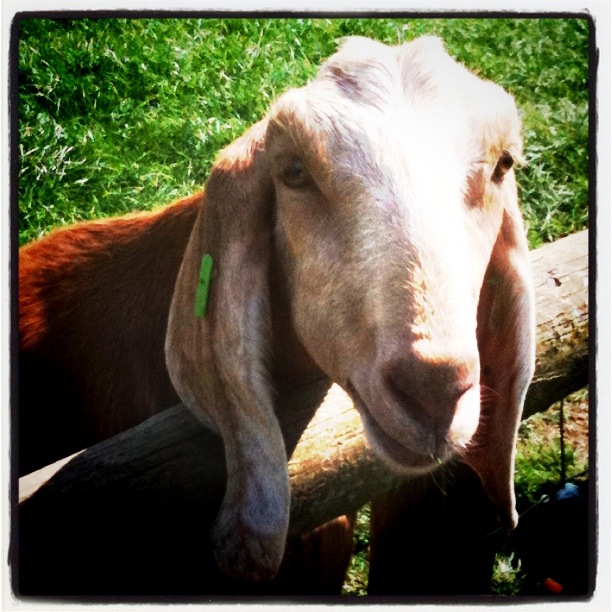 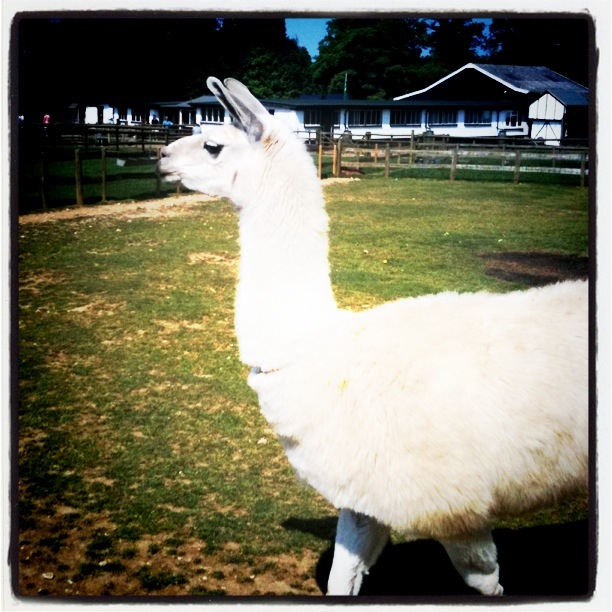 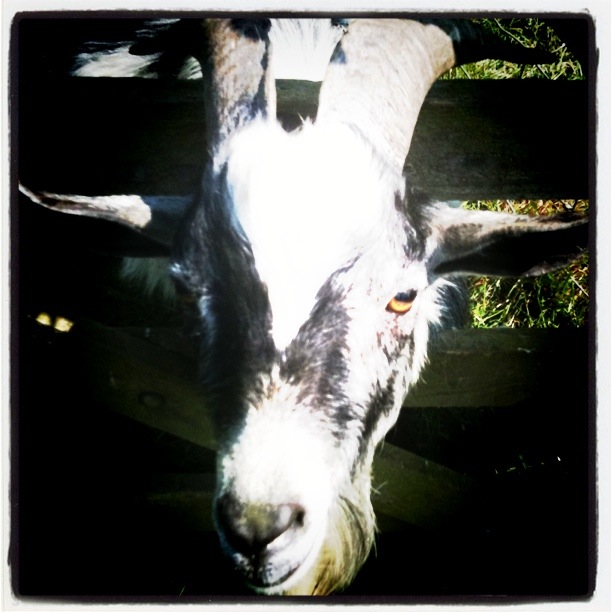 there’s sheep, and cows and goats and ponies and llamas and chickens and emu’s and the biggest fattest stinky pigs ever and rabbits and ducks and guinea pigs and a ferret and a tortoise and last but not least a glorious peacock!!! 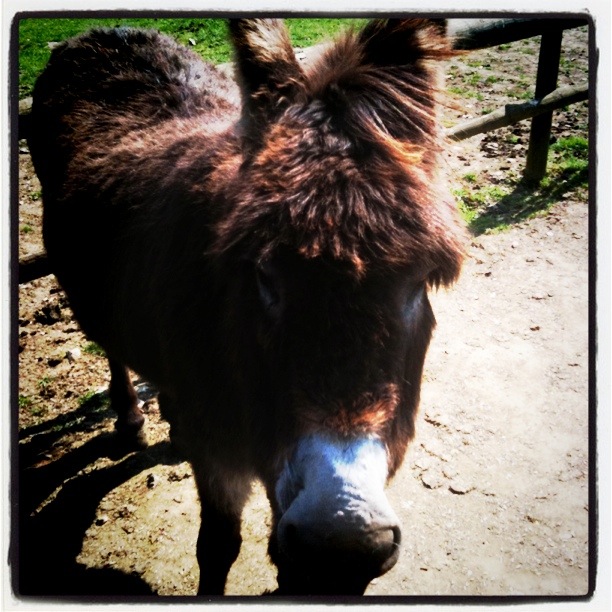 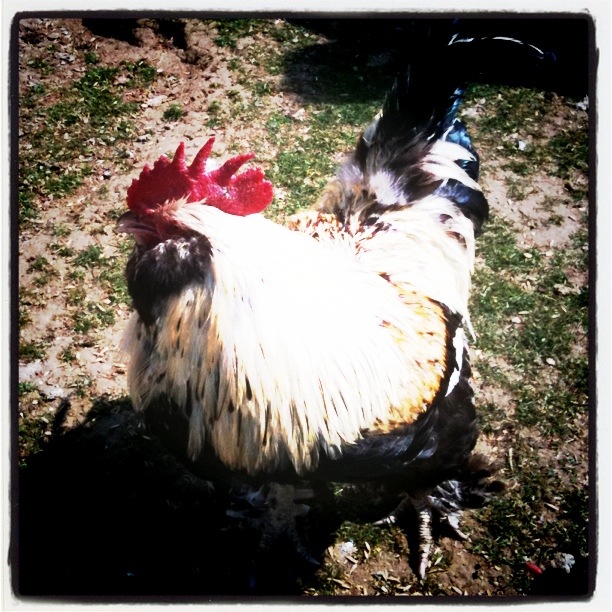 you can get through a fair amount of feed, so save some as i think those sheep and goats right at the beginning probably get  more than their fair share. the stinky pigs are so enormous that just sit back open wide and snort for you to chuck food at them which they jut scoop up with their gaping mouths!! 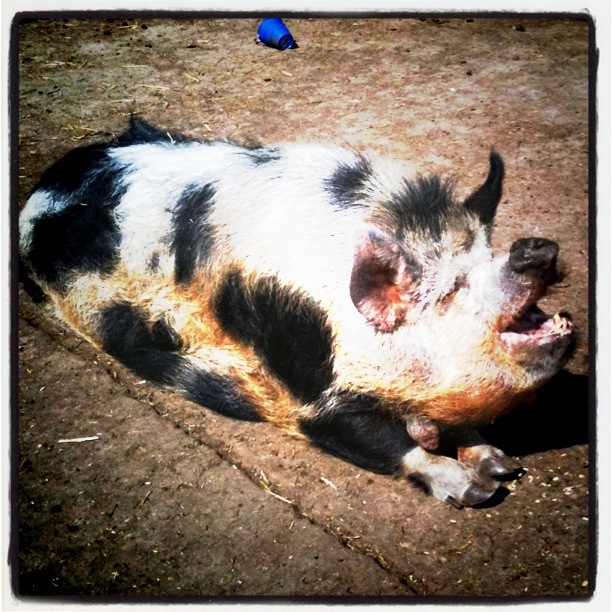 once your round the circuit and back at the start there is always the little red tractor to look forward to!

there’s a small cafe type jobby, which is more like a cabin with outdoor seating (not sure what happens on bad weather days?) but we didn’t try any of the food, it looked pretty basic, good for a quick cuppa though in the garden. out here a beautiful peacock wanders majestically amongst the visitors, with a sense of that he knows how truly spectacular and ridiculously fabulous he looks.

beyond him are two bouncy castles where the kids are boinging about like jumping beans as my mother would say. £1.50 for 10 mins though again a little cheeky i thought.

cheekiness aside a great place and we will definitely go back. it appears to be open all year, weather permitting and at peak times they put on a punch and judy show, the kiddies can have their faces painted and tractor rides are also available, for a small fee of course.

if you do fancy a bite to eat leave the car at the farm, (parking at the farm and the village is all a bit scarce and very tight) and walk down into the downe village. there’s two pubs and a cafe and bizarrely on the way back to the car noticed that the church was serving tea and cake too! we ate in one pub the queens head, we went very exotic and had ham, egg and chips not bad grub when it turned up blimey o’reilly the service was slow, 45 mins to deliver that by which time rooster was bouncy off walls and up the chimney at one point. served them right really if it was annoying them don’t take 45 mins to sort out a couple of plates of ham,egg & chips then!! couldn’t clear away quick enough think that was a hint that they wanted us out oooppps.

just round the corner, which we didn’t manage to get to as time was running out, is down house. the home of charles darwin. darwin lived at this house from 1842 with his wife emma, and their ten children. it was here at down house where darwin developed his views on evolution by natural selection in the open air laboratory that he had created in the sheltered garden of the house. here he wrote, On the Origin of Species by Means of Natural Selection (1859) – which was the book that was to change scientific thinking for ever. a fascinating place which we are sure to investigate on our next visit, especially ow that i know it has a tea room. always room for tea and cake!

what we did manage to sneak in on the way home was a quick stroll into the woods, past olivers primary school and up to the fish ponds, strangely on fish pond road (see what they’ve done) in keston. lovely little walk and got to feed some more duckies whilst scoffing a 99 (with a flake of course).

anyhow the day was a good un’ and we will definitely  be downe at the farm again soon, see you there x