on the 13th august 1961, the german democratic republic of east germany, started to build a wall that completely cut off the land between west and east berlin. this barrier was constructed of large prefabricated concrete blocks, that fitted together piece by piece. the wall was surrounded by anti-vehicle trenches and the 96 mile long wall was peppered with many many guard towers. the eastern block had claimed that this wall had been constructed to protect its population from any fascist elements and influences. however in reality it prevented any emigration or defection.

in april 1984 theirry noir and christophe-emmanuel bouchet began to paint the wall. they had decided that something needed to be done about the boring wall which was 5m from the front of their house. they were not trying to make the wall beautiful, it was more of relief and a reaction against the wall, against the pressures of life surrounding the wall. they painted the berlin wall to transform it, to make it ridiculous and to help destroy it.

painting the wall was both dangerous and illegal. the wall had been purposely built 3 meters beyond the official border which meant that east german soldiers were allowed to arrest anyone near the wall, therefore they had to be quick and they could not paint alone. they often painted with friends or passers-by who wanted to join in and paint something themselves. very quickly they managed to cover one kilometer of the wall in a brightly coloured mural.

in the autumn of 1989, on the 9th november the east german government announced that all GDR citizens could now visit west germany and west berlin, and the wall began to fall.

to mark the 25th anniversary of the fall, the german embassy in london has commissioned the berlin wall artist thierry noir to paint his now iconic imagery both on the inside and the outside of the embassy, german house on belgrave square. the exhibition “east meets west : bringing down the wall”, will be open for public view on 12th november from 9am to 9pm.

the wall has been constructed and this is how it looked this evening after the first day of painting. 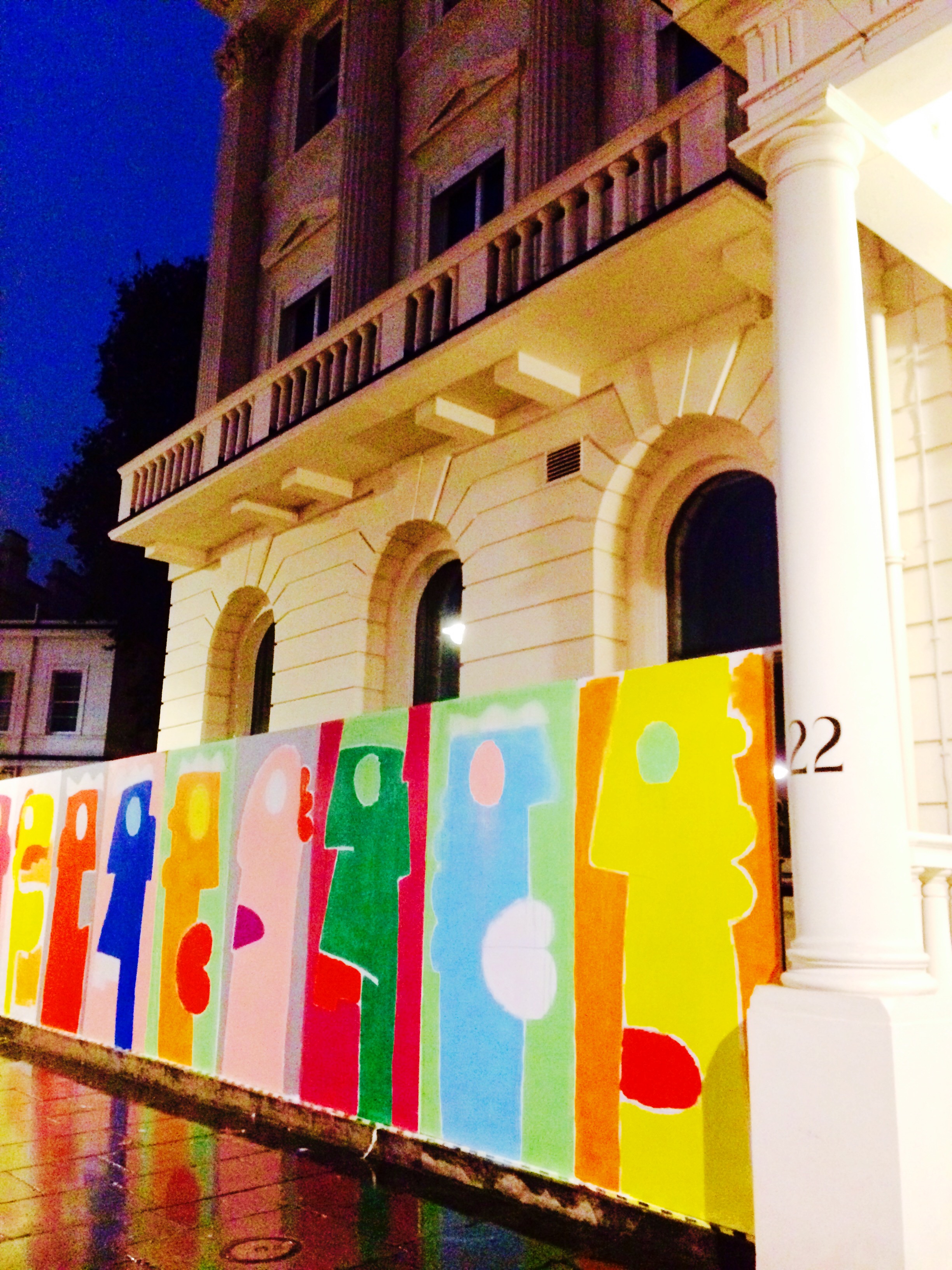